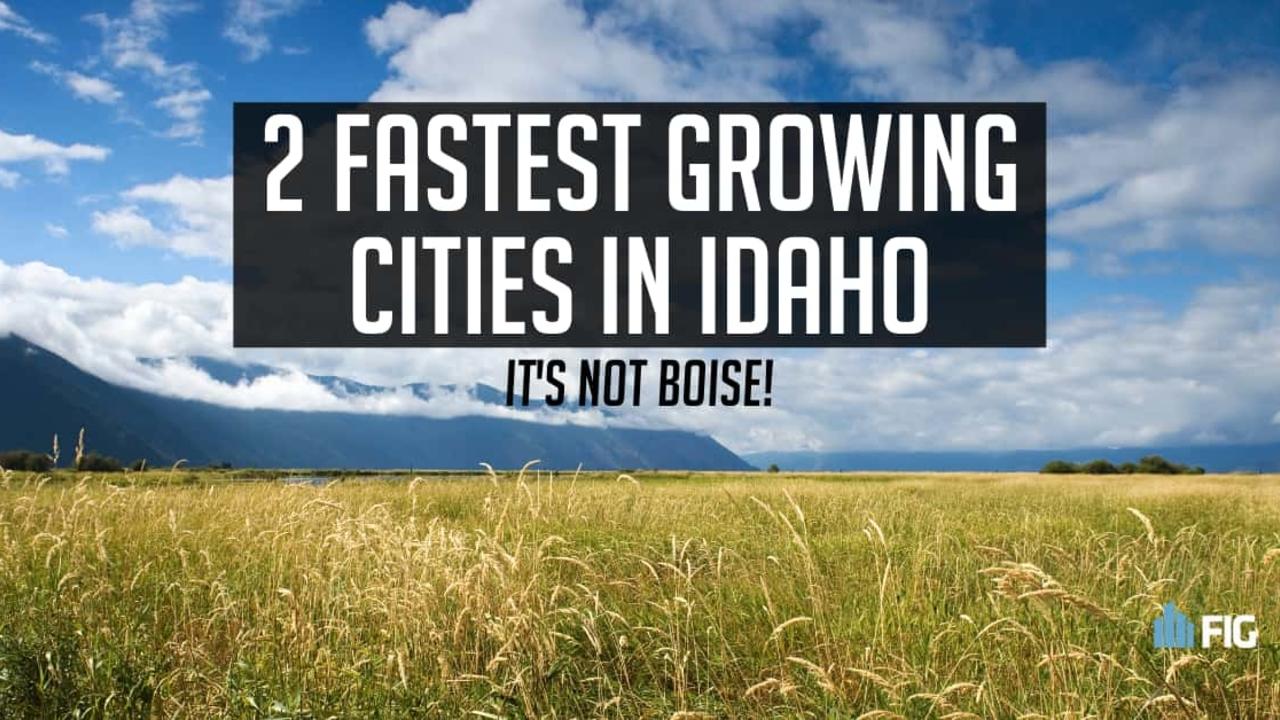 When you think of growth in Idaho, what city comes to mind? For most of us, the answer is almost always Boise. This is where most news articles don't paint a clear picture. Often the growth we think is happening in Boise, is actually occuring in it's surrounding cities...

While Boise is indeed growing quickly, a lot Treasure Valley's most impressive stats come from nearby. Don't misunderstand, Boise is a great place to invest. But so are other places in the Boise-Metro.

For those looking to narrow down the BEST locations to invest, it's important to distinguish what is actually going on in Boise vs the Boise-Metro as a whole.

But which cities within Treasure Valley are growing the fastest?

Our friends over at WalletHub have released new findings showing that two other cities have rivaled Boise in regards to growth.

According to their rankings, both Meridian and Nampa have ranked ahead of Boise. As we've written in past articles, this is primarily thanks to growing populations and rising incomes... among other things.

Meridian ranked as the seventh-fastest growing city in the country, with a total score of 73.76 out of 100 possible points (WalletHub).

Nampa ranked as the country's No. 46 fastest-growing city. While Boise trailed behind at No. 174 with 49.78 points (Still fantastic!).

When ranked with other midsize cities, Meridian moved up to the No. 4 ranking, while Boise sat at No. 95. "Against other small cities, Nampa ranked No. 12."

WalletHub's study analyzed the average annual population growth in each city between 2012 and 2018. Meridian had the No. 1 overall ranking out of 515 cities analyzed, with an average growth rate of 4.85%

Other Stats From the Study:

We've been keeping tabs on both Meridian and Nampa for a while now. Understanding their potential, we've already built investment properties in both cities. We've also researched and written a free multifamily market report for those of you looking for more information. You can find a copy over at fig.us/boise-market-report