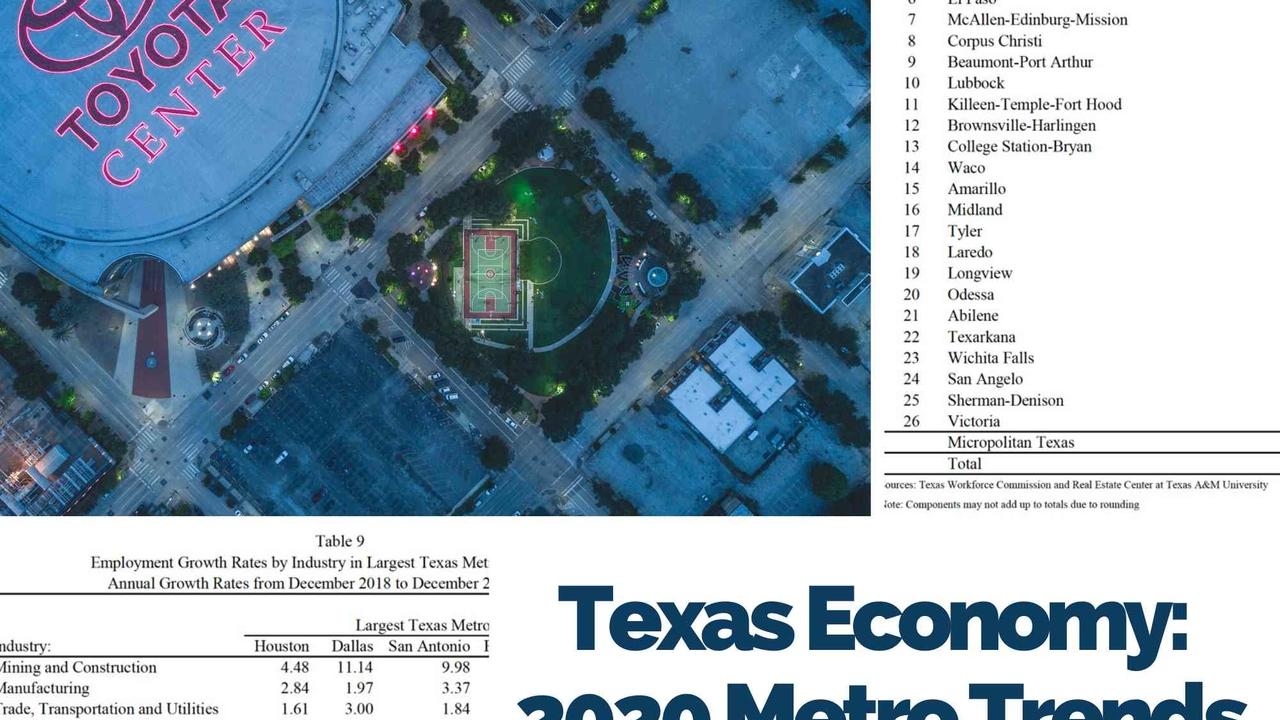 Overall in 2019, the economic conditions throughout Texas proved strong, resulting in conditions that attracted companies and migrants from other states. The Real Estate Center at Texas A&M in a 2019 annual summary, stated that "the labor market remained strong with record-low unemployment, stable job growth, and improved labor force participation, although initial unemployment claims rose modestly."

A 2018 study was recently released showing that the largest metros in the state comprised more than 60% of the state's GDP. Houston's economy was second behind Dallas-Fort Worth. The Houston MSA increased 3% in 2018 and was able to recover above pre-oil bust levels after accounting for inflation.

All but four metros had more jobs in Q4 2019 than Q4 2018 (see below). The Houston-The Woodlands-Sugar Land metro, which contains our multifamily fourplex project in Cypress, came in at #5 with a recorded 2.9% increase. 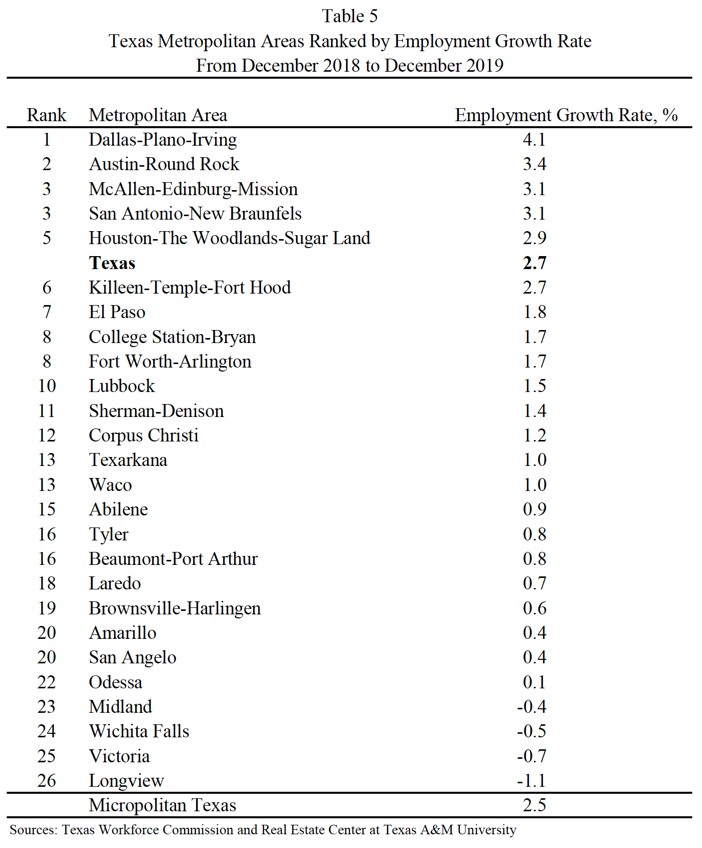 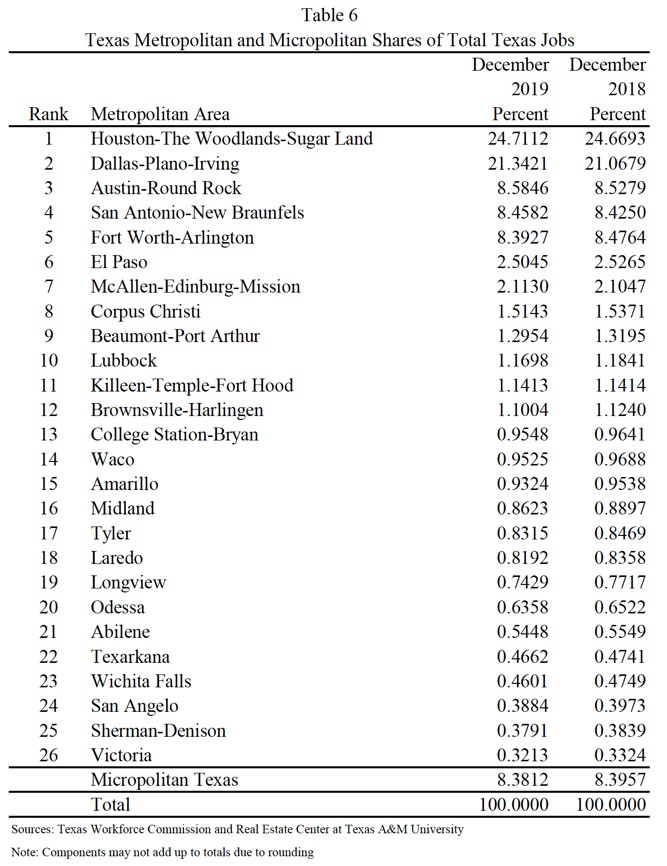 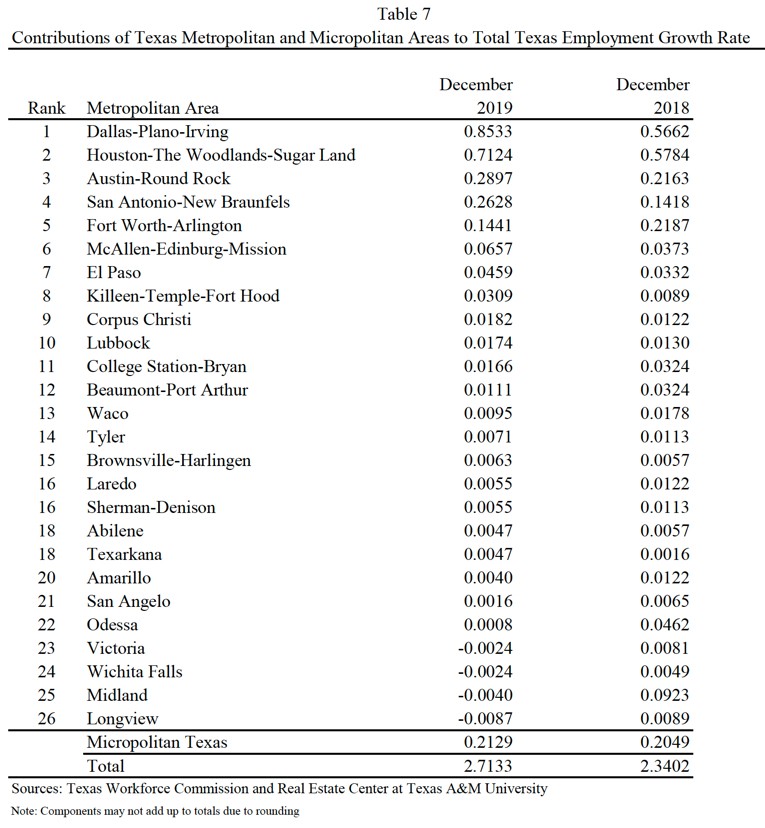 This table breaks down the annual growth rates of each employment industry and compares them to Texas' six largest metros, Houston, Dallas, San Antonio, Fort Worth, Austin, and El Paso.

Houston-The Woodlands-Sugar Land is currently experiencing positive employment growth rates in the government sector and in all industries except information. We break down some of this growth in our Houston market report which you can get for free on this site. 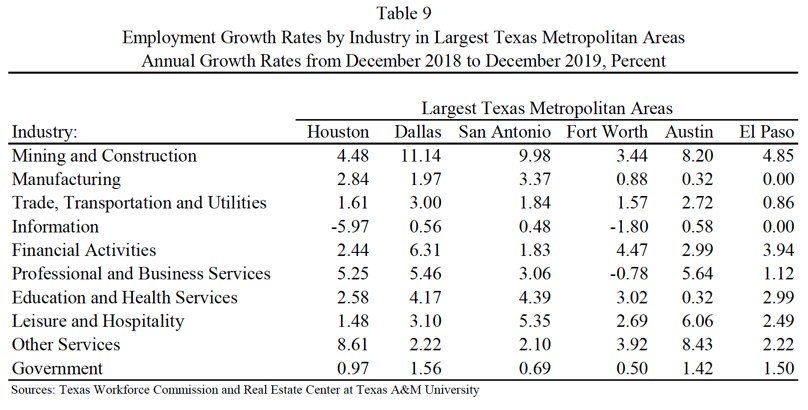 We love the Grand Parkway that is now connecting the north side of the Houston metro with the Westside. This has spurred more and more growth up and down the parkway. For our location in Cypress, this is key to our fourplex investments. We also think the widening of Highway 290 is going to do great things for the economy.

The North-West Houston metro is becoming more accessible than it has ever been. With good schools in the area and plenty of jobs in Houston, we'll continue to see a demand for affordable multifamily housing that can help offset the glut of class-A apartment buildings that have swept the metro over the last decade.