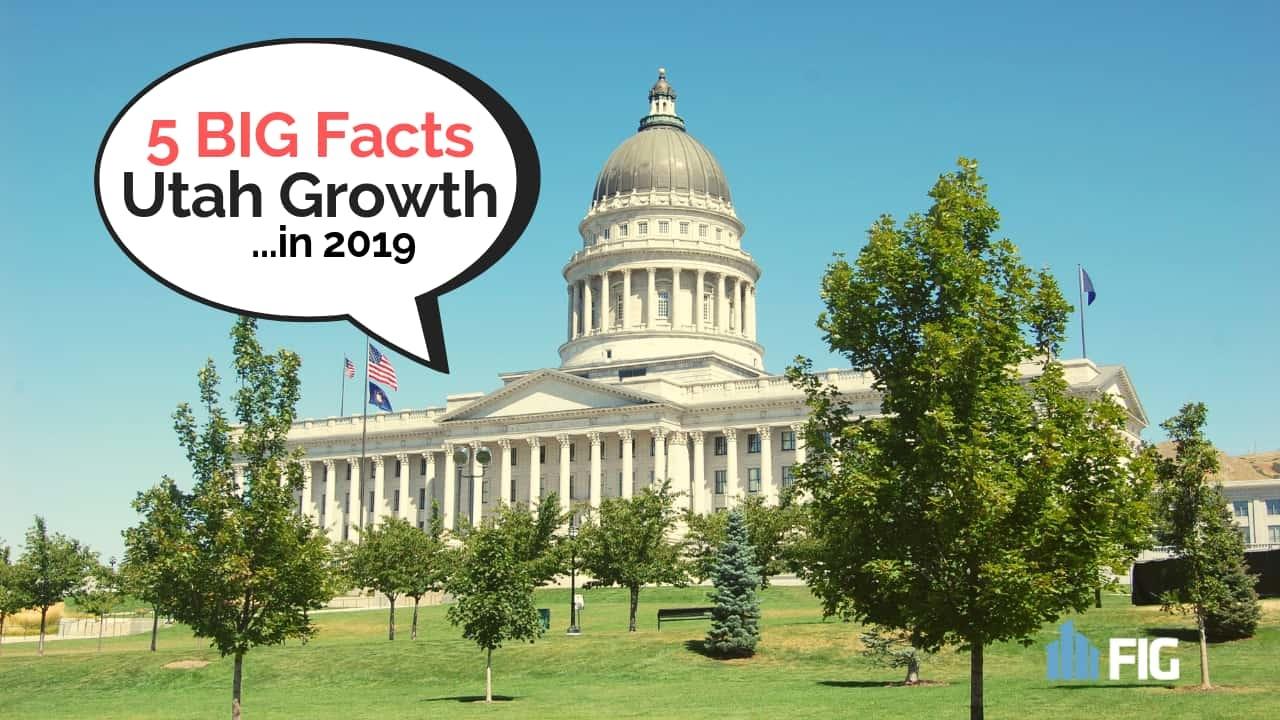 Utah Adds a Population the Size of Weber County

This one isn't even part of the 5 stats shown below... but if we're looking at Utah's population growth over the last five years, we see that approx 250,000 people been added on. Of that number, over 100,000 are people moving into the state of Utah (coming in from CA, Arizona, Nevada, etc.) "Utah essentially added another Weber County to its ranks..." - Natalie Gochnour, Director of Kem C. Gardner Policy Institute

Typically, when we see this kind of growth it tends to have a positive affect on economic strength in the area. In April, Utah's unemployment rate dropped to 2.9% (an all time low since December 2007) - Department of Workforce Services

#1 Utah is the fastest-growing economy by job growth in the nation. (Gochnour)

This growth is best seen along with the point of the mountain in Lehi and it's surrounding cities. At the Fourplex Investment Group, we've been able to capitalize on this influx of people by placing our multifamily units directly into this growth.

Theresa Foxley, leader of Utah’s nonprofit economic development organization, says, "Utah could be the “cradle” of the fourth industrial revolution — a new era that will usher in the fusion of technologies and the creation of innovations like artificial intelligence and automated cars."

#4 There's a growing concern that roads, water, and education will not keep up with economic/population growth

There's a great article that KSl put out back in February titled, "Silicon Slopes is not Silicon Valley — and it’s not trying to be" that shows the effort that we'll have to put into our community in order to avoid us becoming the next silicon valley (with all its pitfalls). It'll take both planning and a proactive effort to avoid the digression of Utah's air quality, congestion, housing affordability, etc.

In the 1990's only about 20% of requested permits were for multifamily. The shift is the result of the increasingly difficult task of affording a home in Utah and Salt Lake counties. We've talked about this plenty throughout our Blog; this is just another indicator the multifamily is going to be here to stay.