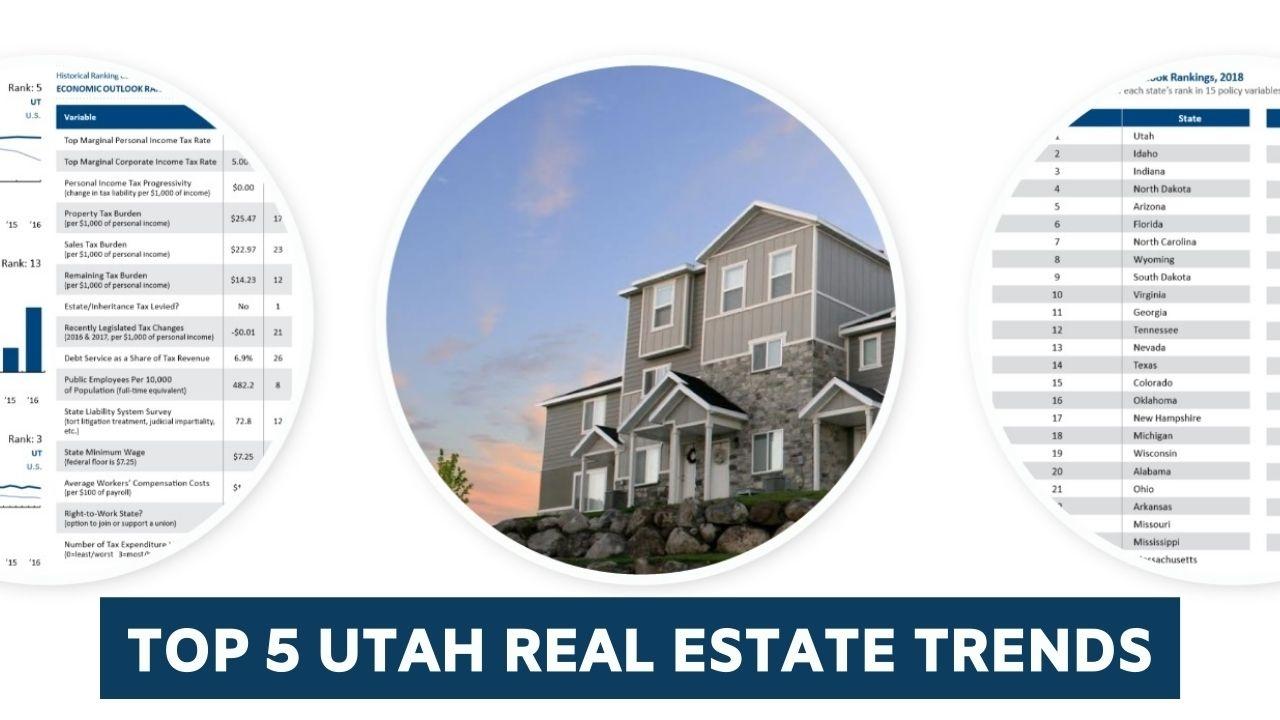 1 - Utah's Population Grows More than Any Other State Since Recession

According to the U.S. Census Bureau, Utah's population has grown so rapidly since the onslaught of the economic recession, that is has passed all other states in percentage growth. An article on KSL quotes University of Utah's, Pamela Perlich Ph.D., saying: "The roughly 400,000 new faces in the Beehive State since 2010 amount to an increase of 14.4 percent." This growth is heavily contributed to young families moving in from out-of-state, which is great for the multifamily investing market. 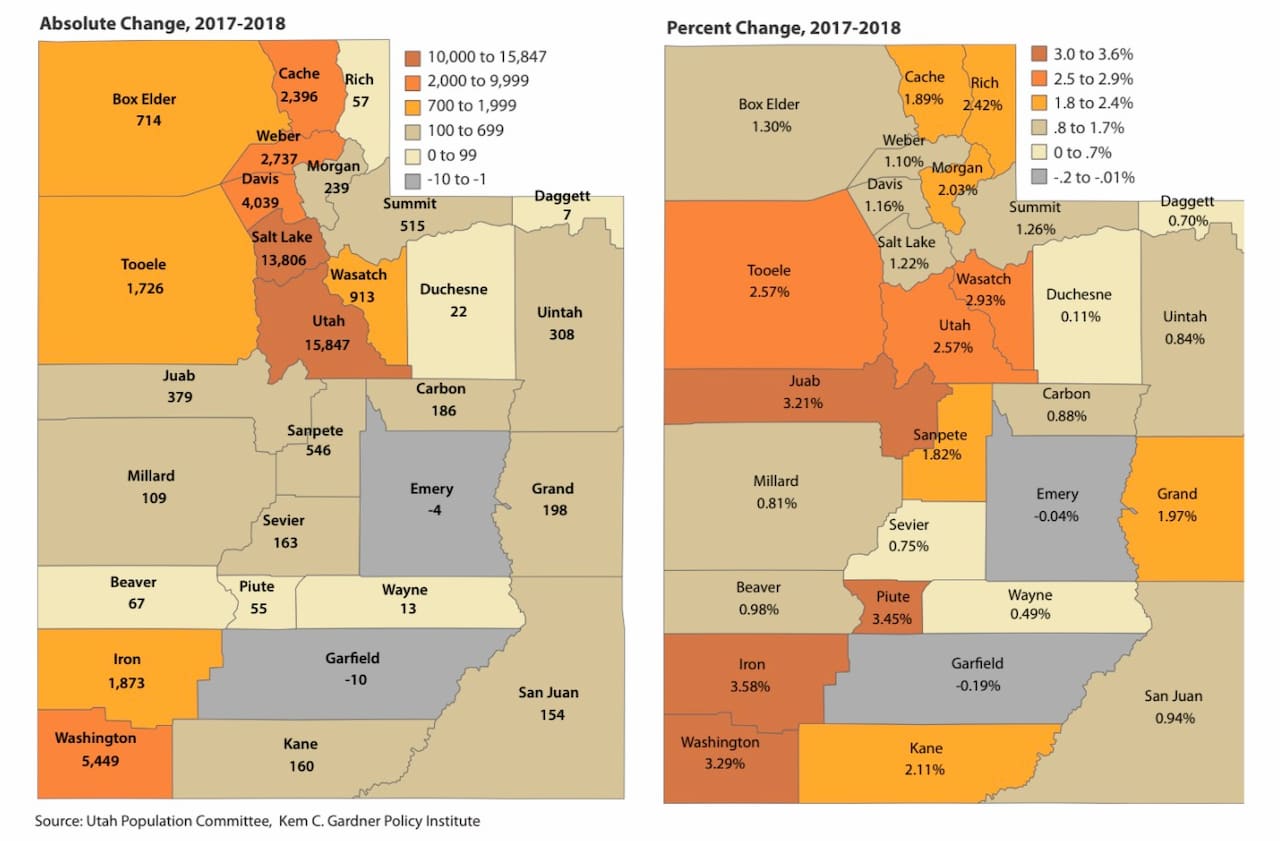 This year HousingWire compiled a list in collaboration with Ten-X Commercial, bringing us The Top 5 Buy and Sell Markets for Multifamily Real Estate. Salt Lake City made the top five when it comes to national "buy markets" in 2018. They said, "Rapid job growth is driving solid absorption and vacancies remain tight in Salt Lake City. Ten-X predicts rents will rise 12.6% by 2021 and net operating income will climb by 3.4% annually during that same time period."

BONUS: Good News For Our Houston Investors! While this blog post is focused on Utah, we can't forget about projects we have going on in Houston that you may be involved with. According to Ten-X, "[In Houston], an upturn in the energy sector is fueling the local economic growth and bolstering rents. Rents are up 6.1% year-over-year and its vacancy rate is down 50 basis points YoY. Things are looking good for H-Town."

We originally brought up Utah County's tech growth in an article last month, Why is Provo, UT #1 in Nation for TECH? Provo, UT, home of the BYU Cougars supplies educated talent to the workforce and is neighbors to Utah Valley University Campus. Over 65,000 students from all over the world are coming to this young population providing talent for this growing industry. This hotbed of employment yields demand into the multifamily world as millennials are seeking housing with limited maintenance requirements and in close proximity to shopping, transportation and entertainment.

Less than an hour south of Salt Lake City—what is becoming famously known as "Silicon Slopes"—has seen an increase of tech industry employment by nearly 65% from 2010 to 2017, "far surpassing the national average of around 16%" - USNews

From Cushman & Wakefield: "The fastest growing tech employment market since 2010 is Provo, Utah. Though a smaller market than the others on the list, the number of people employed by tech companies increased 64.9%, surpassing the 62.7% increase in San Francisco." - Tech Cities 2.0

Early in the year it was all good news for the rental market. "While Utah has previously been called a “starter home” market, more potential homeowners have chosen to remain in rentals or move in with family instead of facing the current real estate market. Trulia currently lists only 15 percent of available units in the “starter” range." - The Daily Universe. With price increases for homes in Utah—and a continual growth of young families in the tech industry—we've seen an increase of families moving toward or staying in multifamily properties. This has become great for the investor market and the Fourplex Investment Group.

Director of the Utah County Housing Authority, Lynell Smith, said "roughly 40,000 displaced families in Utah are looking for a place to live, but there just isn’t anything affordable that’s available. That number of people is large enough to fill Rio Tinto stadium almost twice. She said 15,000 of those people are in Utah County alone."

To Determine economic competitiveness, ALEC.org dives right in and analyzes three important variables: State Gross Domestic Product, Absolute Domestic Migration and Non-Farm Payroll Employment. While we invest in Texas and Idaho as well, we're happy to see Utah take the #1 spot this year. According to the Alec-Laffer State Economic Competitiveness Index: Utah takes 1st Place in economic competitiveness—up from 4th place (2006-2016). And Idaho moved up from 12th place to 2nd!

Here are some of the economic factors influencing Utah's rating: 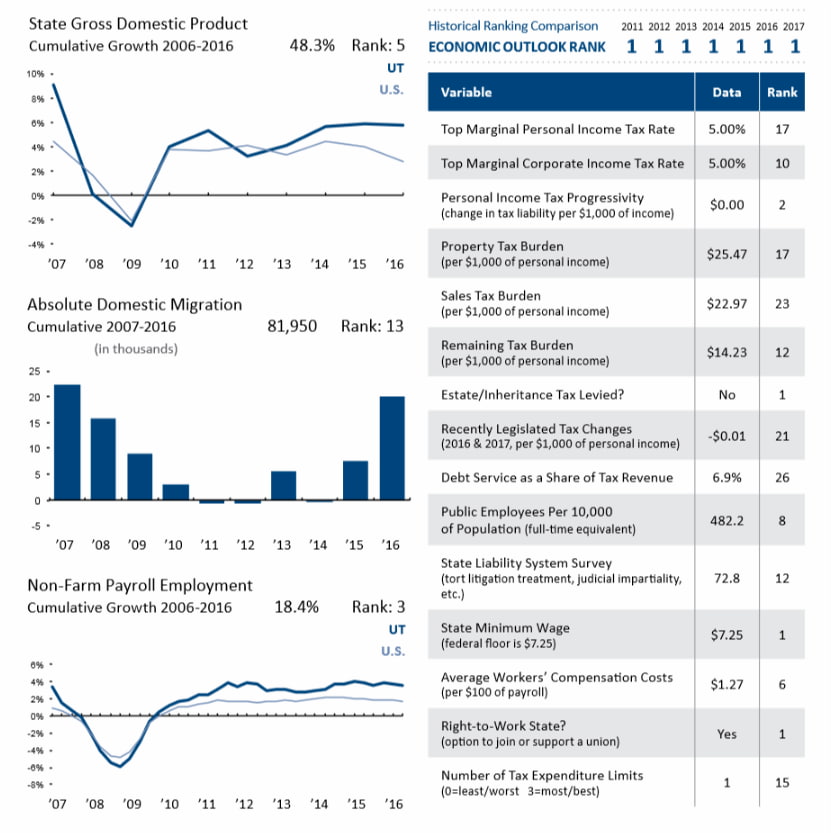 BONUS: We know you're curious. The Bottom 5 States according to the Index are New Jersey, California, Illinois, Vermont, and New York. 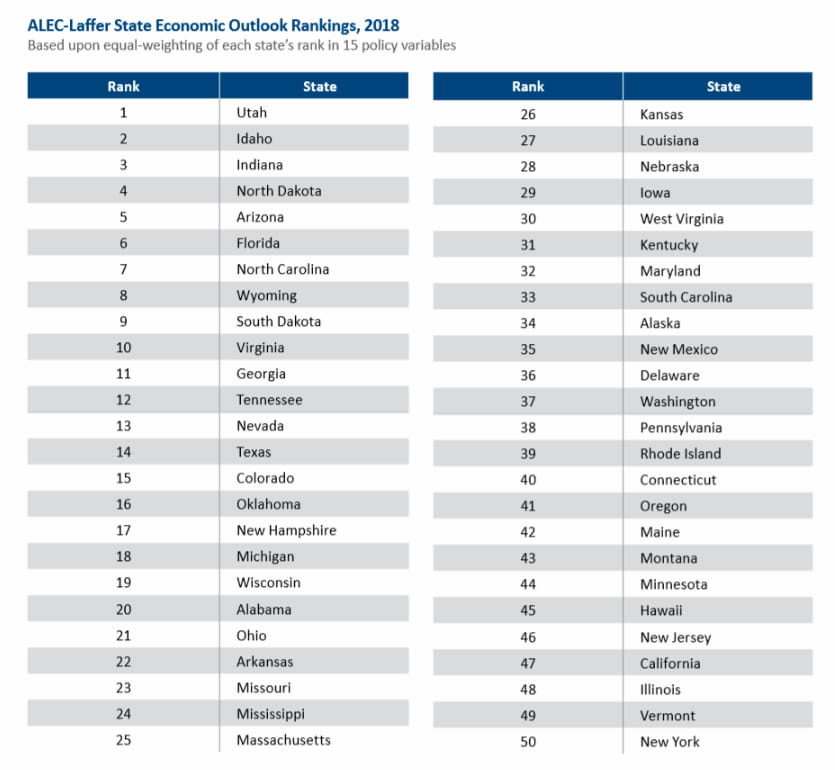 Stay current on Future Market Updates by Following the Fourplex Investment Group on LinkedIn and Facebook!