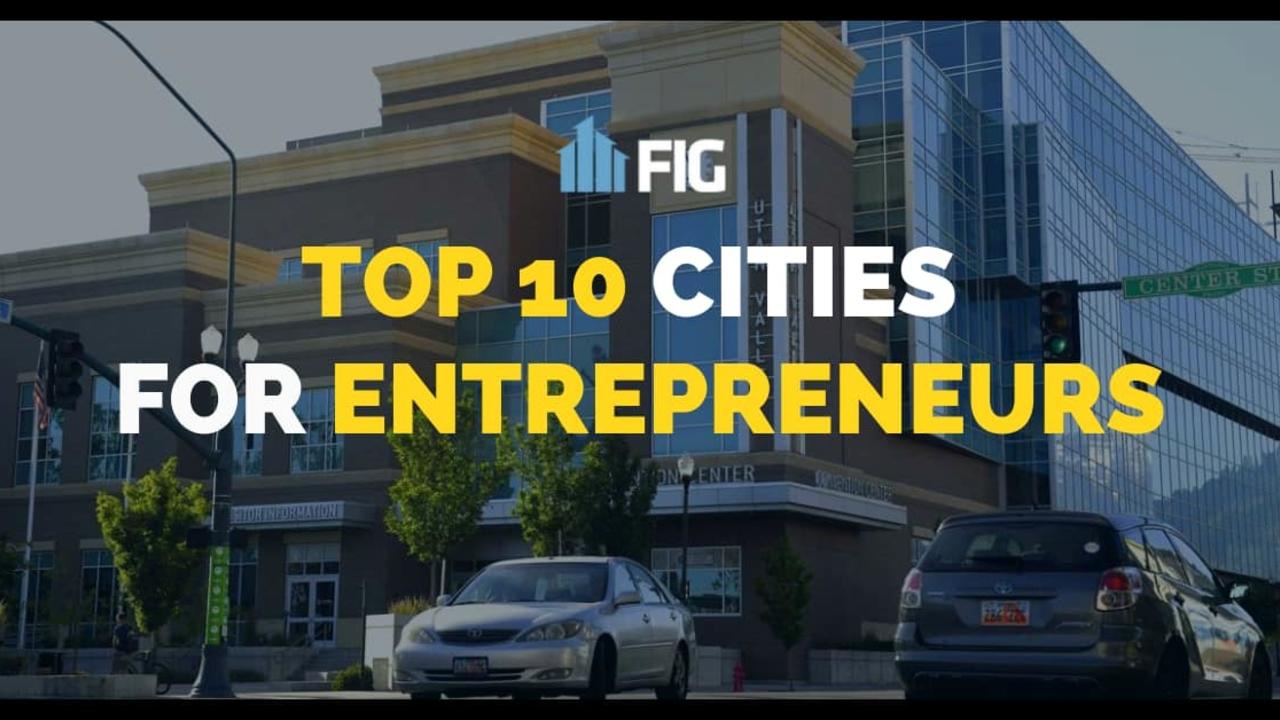 4 Out of Top 10 "Best Cities for Entrepreneurs" are in One State...

Verizon did a study this year looking at which city is best to start a business. After looking at factors like population, education, commute, broadband access, taxes, loans per capita, etc. they found some interesting results... A big city doesn't necessarily mean the most room for growth. In fact, on average, the smaller cities rated much higher.

In the end, only one state ran away with 4 cities inside the top 10 for entrepreneurs:

The team over at Go.Verizon.com gathered data from nearly 300 cities across the country and determined that Logan, UT (#1), South Jordan, UT (#4), Lehi, UT (#7), and Taylorsville, UT (#8) all rank above competing entrepreneurial cities in the nation. You can see the Full Top 10 List Below!

"[Salt Lake] boasts an impressive 6.99% rate of entrepreneurship and the nation’s highest rate of high-growth company density at 6.1%" - INC

"There are aspects of the technology here in Utah that are very unique and differentiating and it's this data thing," said Elkington. "Qualtrics is acquired for their data asset. DOMO is a unique data asset. Pluralsight, every one of these companies, even the young start-ups," - KUTV

What Type of Companies is Utah Attracting?

According to CrunchBase News; So far in 2019, more than $340 million has been directed toward startups in Utah, per Crunchbase, with business management software company Divvy picking up a $200 million Series C at the end of April.

The overarching industry theme is, by and large, B2B enterprise SaaS applications, with companies also growing in spaces like healthcare IT and other categories.

Founders and VCs in Utah say current venture activity and the state’s business culture is in large part rooted in the legacy of tech companies past."

Growth in Salt Lake City pushes into north west SL County. Check out this satellite footage spanning from the early 1980's to 2018. Not just cool to watch, but also evidence as to why Utah continues to be a prime location for real estate investors around the world.

Watch as the growth progresses from SLC into Magna, UT where we have investment properties already in the works!