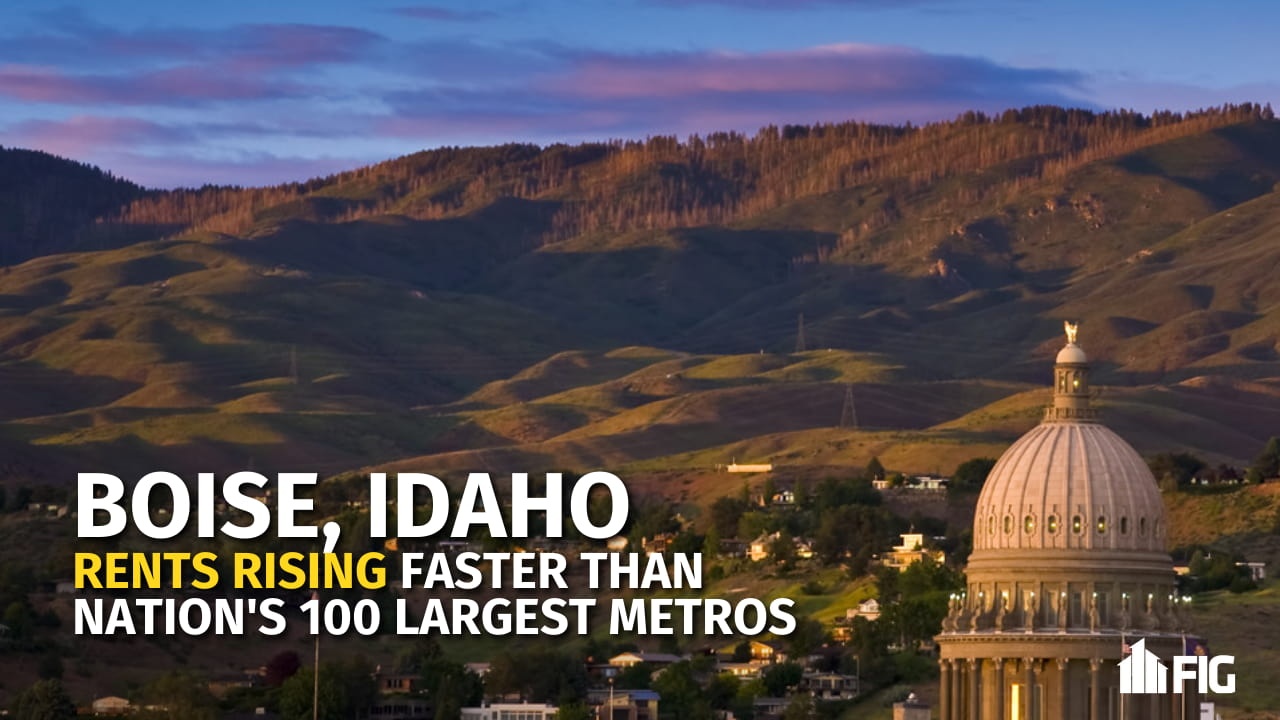 Let's look at Boise's rents over the last year. Even during the pandemic, the Boise metro was able to increase rents by 16.1% making it the highest percentage increase among the Nation's largest 100 cities.

That median price for a 2 bedroom apartment is a little bit lower than the national average ($1,114) but that's one of the reasons why so man are being drawn in from out of state.

In March, apartment rents increased by 3.4%. "The nine other cities in the top 10 for largest rent increases had jumps in the past year ranging from 8% (Reno and Toledo, Ohio) to 12% (Fresno, California), according to the data." (Idaho Statesman)

“As rents have increased sharply in Boise, other large cities nationwide have seen rents grow more modestly, or in some cases, even decline,” ApartmentList.com said in its March report. “Boise is still more affordable than most large cities across the country.”

A lot of the older existing housing has been the standard for the past few years. Demand for rental housing in Boise has brought in a lot of new construction multifamily projects. These complexes and the amenities they provide have played a role in even the older homes raising their rents. "Higher costs for land, labor, materials, and added amenities have all contributed to higher apartment rental prices."

Another reason why rent prices are trending upward in the Boise metro is because of appliances. Including a washer and dryer in every unit is now the norm, and that adds up when you're owning multiple units. New developments popping up around Meridian, Nampa, and Boise are including all of the amenities (like a pool and clubhouse) and premium features that tenants are now coming to expect in these master-planned communities.

FIG's Projects in the Boise Metro