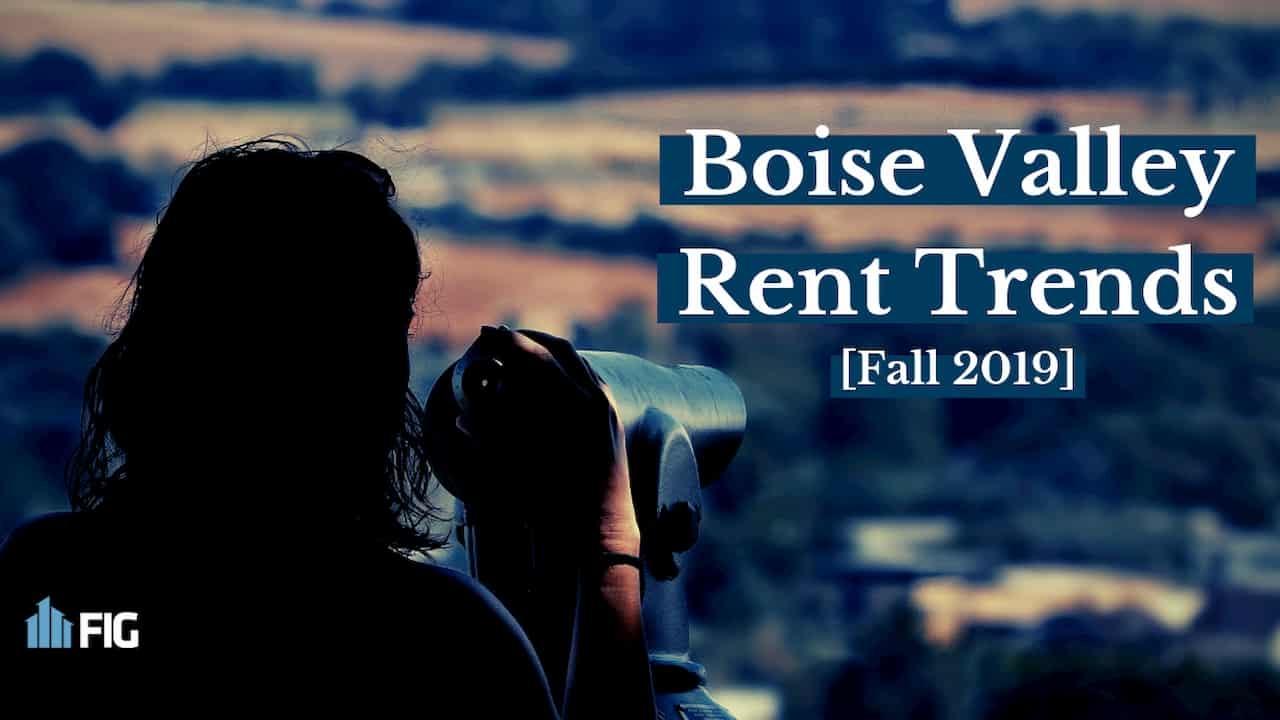 Treasure Valley consists primarily of the Boise-Nampa metro area and was originally known as the Boise-River Valley. It got the name "Treasure Valley" during the 50's as a way of highlighting the treasure chest of resources and opportunities that the region offered (wiki).

Originally, Treasure Valley was laden with lower housing prices compared to similar western cities. The lack of apartment supply this brought to the metro has finally caught up to the rising home prices. Now that home prices are much MUCH higher, millennials and the like are now struggling to qualify for single-family housing. Something we've touched on in detail in the past (see The Boise Housing Crisis)

If you've watched the video above, you learned that over 1,500 apartments are currently under construction in Ada County. Yet vacancies remain within 1% of past rates (3.7% compared to 2018's 2.8%). The surplus of new fourplex and multifamily developments has so far been unsuccessful at keeping up with local growth and demand.

In the past, year-over-year rent growth in Boise-Nampa sits at 2.2% compared to the U.S. average of 1.5%. (Top 10 Stats for Boise Investors). According to the Idaho Statesman, the average rent for a two-bedroom apartment in Boise rose 9% in the last year!

"Apartment rents have risen significantly in the past few years, following the trend of single-family homes. The median price of homes sold in Ada County in August was a record $355,000, according to the Intermountain Multiple Listing Service. Five years ago, it was $213,800." - Idahostatesman

One thing to take into consideration when building multifamily in 2019+ is the fact that millennial buyers want amenities and convenience more than they're wanting sing-family. This is something we've paid attention to here at FIG; the fact that buyers have been renting for longer and longer and one of the reasons for this is because of the convenience of not taking care of a larger single-family home.

Boise is a bit of a sweet spot in this trend because of its a desirable location for younger renters. 19,000 people/year move to Boise, according to U.S. Census Bureau, and Boise has an atmosphere convincing you to stay long-term.

In Boise, you'll find a perfect balance between rural and urban. U.S. News recently ranked the metro as one of the best places to live in the country. There are plenty of outdooring opportunities near by, a "trendy cuisine scene", and plenty of new construction and museums, etc.