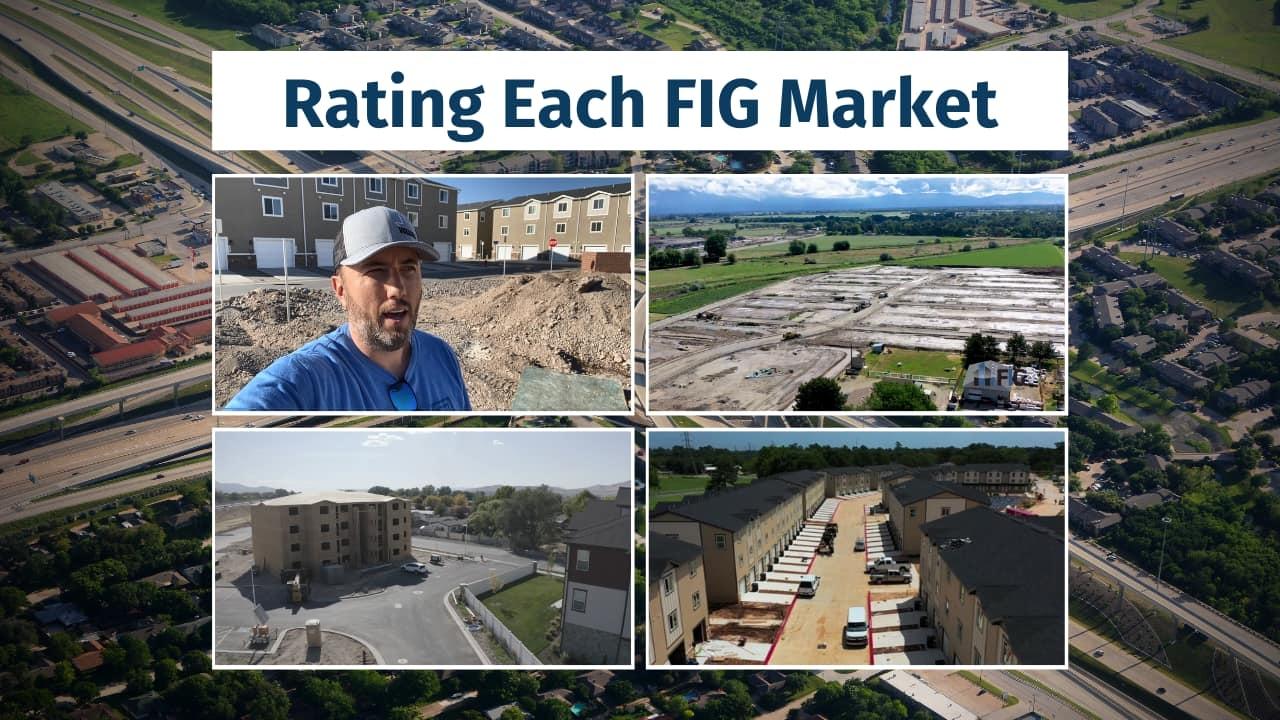 Where FIG markets rank among the nation's best and worst economies

One thing we have noticed since the start of the pandemic is that states with a high rate of consumer spending within their economy (over 70%) are more likely to experience a slow down during the shutdowns. GDP dropped by almost 1/3 in just one quarter earlier this year, a bigger drop than we have ever seen. Millions have lost their jobs. Businesses across the aisle are struggling to stay afloat.

Not all states have weathered the storm with the same successes or struggles. 24/7 Wall St. recently posted an article laying out an index of which states had the best and worst economies leading into the pandemic and during it.

How did FIG's markets stack up?

Out of all 50 states, we were very happy with where our multifamily markets stacked up. We put a lot of love into deciding which markets are both safe and lucrative to invest in. It's nice to see that we're doing something right...

The national unemployment rate in June was 11.1% while Utah's was less than half that at 5.1%. A lot of what drives Utah's success can be found in the tech companies that have flooded into Utah and Salt Lake counties in the last decade. It's looking like many of these jobs have translated well when it comes to remote working. And compared to other states, the rules on business closers have been a bit lighter during the pandemic.

The two states with the best unemployment percentages in June of last year were Utah and Kentucky. Idaho sat in a close third at 5.6%. Overall, Idaho's job market has toughed it out well during the pandemic. Even with COVID-19, the overall employment in Idaho has climbed 10.5% since 2015. In the last 5 years, job growth has led to an average GDP climb year over year of 2.8%.

One statistic that has been shown to help GDP growth is population growth. And in the last decade, we've seen plenty of that in Arizona. Since, 2010, Arizona's population grew by 9.3% from migration alone. Only Nevada and Florida have been able to top that. In the last five years, GDP growth occurred at a rate of 3.0% compared to the national average of 1.9%.

The fastest-growing industries? Information and Construction. "The number of people working in Arizona climbed by 6.0% from June 2015 to June 2020. Meanwhile, across the U.S. as a whole, employment fell by 2.7% over the same period."

The 5-year GDP growth in Texas grew at an annualized rate of 2.4% from 2015 to Q1 20201 (national rate: 1.9%). Over the last 10 years, the state has also seen a huge influx in their population at 15.3%. This population growth and job growth hasn't just been seen in the oil and gas industry. Texas is continuing to expand in management, utilities, and the information sectors as well.