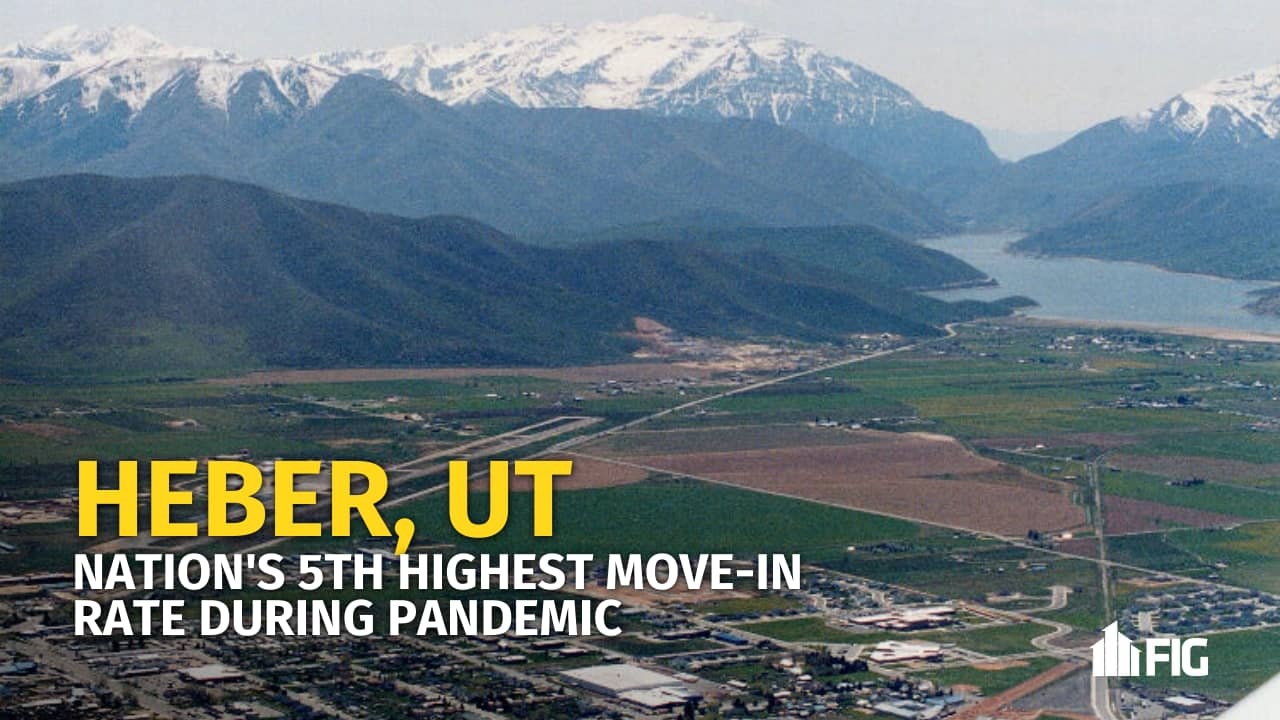 "Heber is currently growing at a rate of 4.36% annually and its population has increased by 64.06% since the most recent census, which recorded a population of 11,362 in 2010." - World Population Review

For a relatively small metro (around 18,000 residents), only four cities in the country attracted more growth during the pandemic than Heber.

Heber ranked fifth in a study cited by New York Times which mapped out where people have been moving during the pandemic. This includes people from both out-of-state and those moving from Park City, and Utah/Salt Lake Counties.

"Controlling that growth is the challenge, making sure that it reflects the quality of life that existing residents currently enjoy,... gorgeous views [of] Mount Timpanogos and access to the metro area." - Shawn Seager, Mountainland Association of Governments

Heber also provides a more rural atmosphere for the community to enjoy while still being within an hour of Salt Lake City and the Airport. Locals enjoy being tucked away in the mountains with a short drive to multiple ski resorts while still having a Costco 20 minutes down the road...