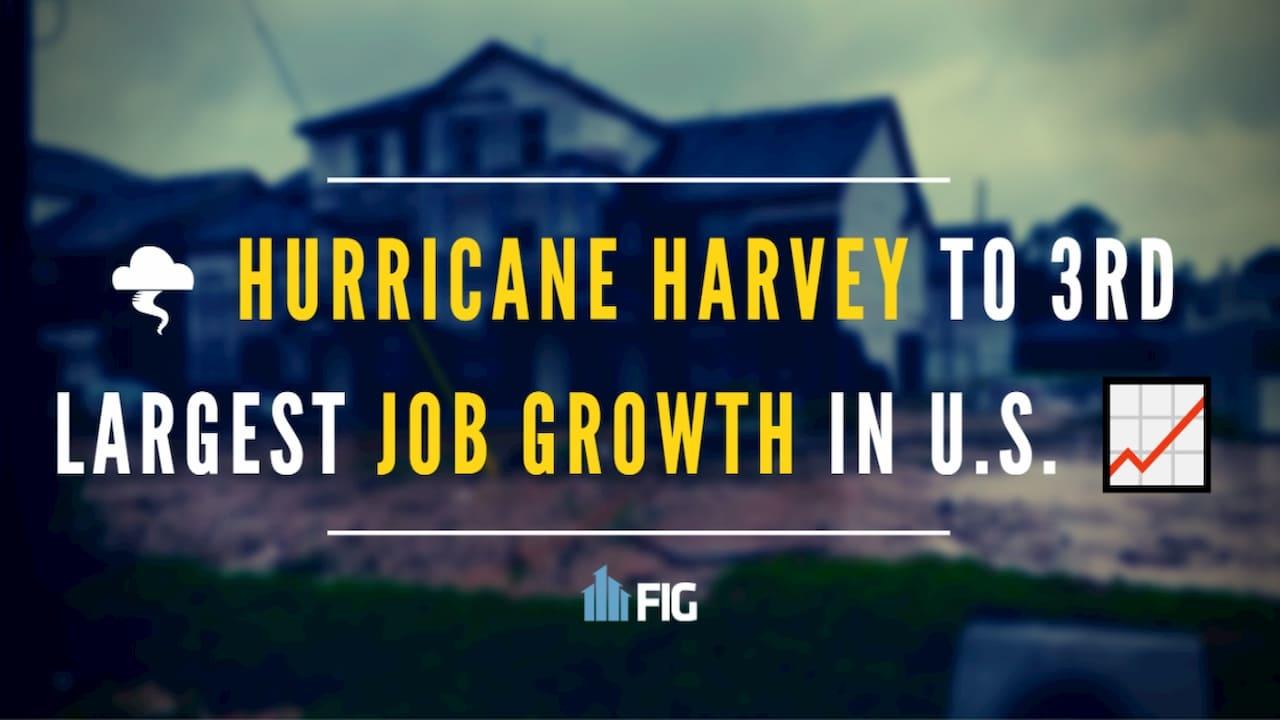 From 🌪 Hurricane Harvey to the 3rd Largest Metro Job Growth in U.S

Plenty of us remember Hurricane Harvey like it was yesterday—the flashbacks of wind and rain and homes washing away down the street will likely be fixed in our minds for years to come. Hurricane Harvey swept across the Houston and coastal areas of Texas and brought with it high winds and an unprecedented 50" of rain. Like many, our hearts went out to all those affected by the devastating storm.

And for those with real estate investments throughout Houston (like us), we remember gluing our eyes to the t.v., looking for the smallest bit of news on how Houston was embracing the weather.

Who remembers the huge sigh of relief after seeing the following photos at our FIG development in Houston? 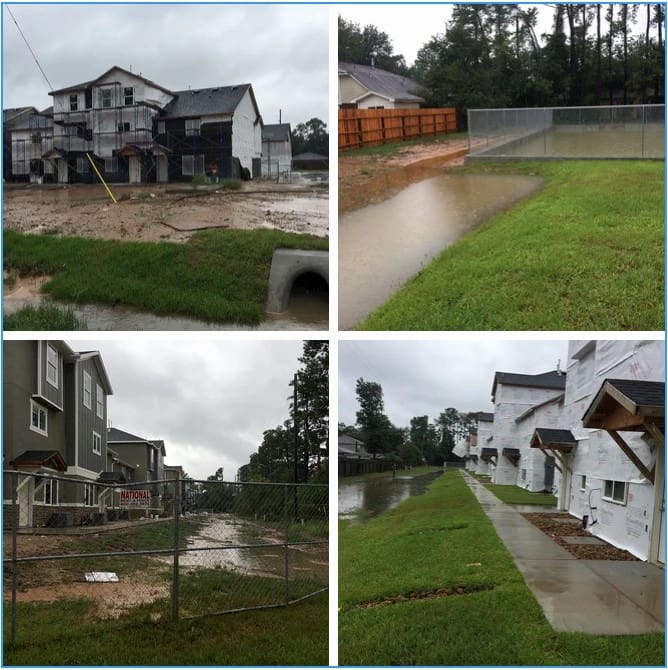 At our Mills Road development, the on-site retention and drainage system held up exactly as expected. The buildings were dry and the entire site was clearing out.

How is Houston Recovering?

According to Patrick Jankowski, Senior Vice President of Research for GHP, “Harvey did have an impact on the economy in September, October and November of 2017 but after that we’ve pretty much recovered.”

Kelly Violette, executive director of the Tomball Economic Development Corporation, said "the Tomball business community was not significantly impacted by Harvey. However, the downturn in the economy, particularly the energy sector, did negatively impact our businesses,” she said. “There were layoffs due to loss of contracts and work volume, however it appears that most of the companies have recovered and have even moved forward with expansion projects.”

According to the Bureau of Labor Statistics, as of April, it was reported that the Houston Metro ranked 3rd with the highest job creation rate among the nation's 12 largest metros.

To give you an idea of where The Woodlands and Sugar Land are in relation to our current/recent FIG projects, I managed to pull together some fancy artwork for you: 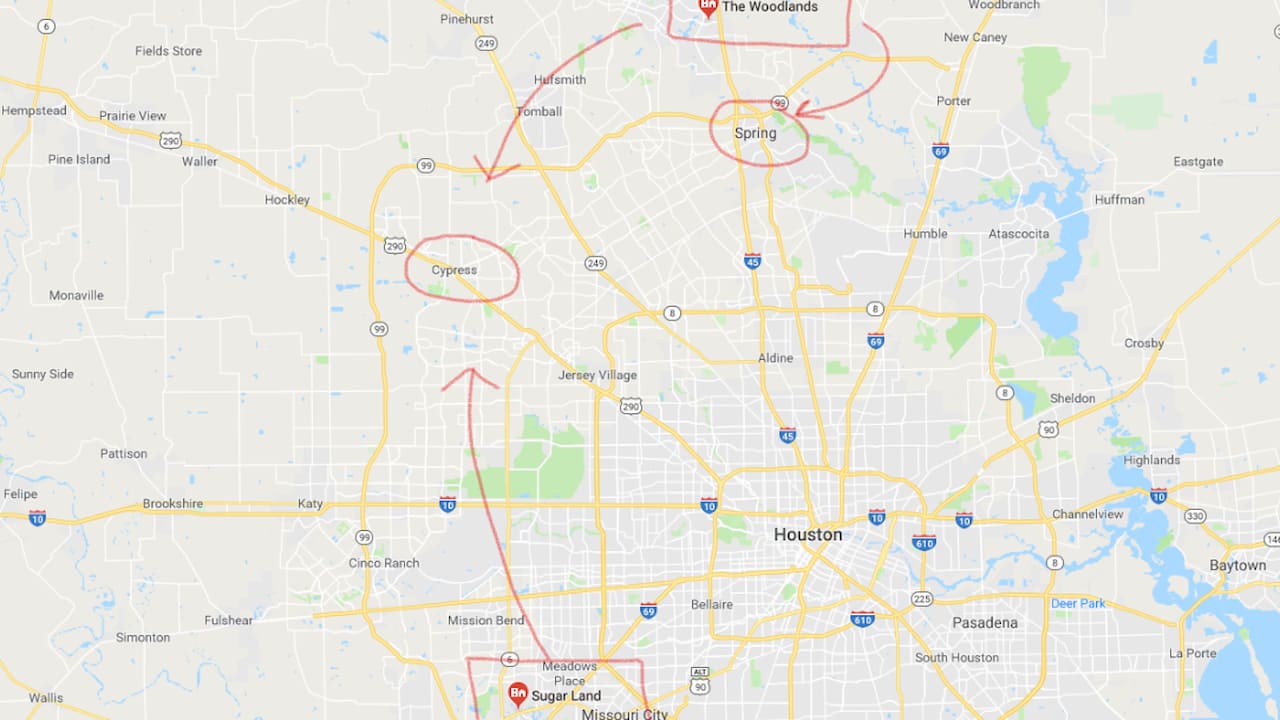 Flood prevention and awareness will always stay top of mind as we look for new investments in Texas. Clearly, Houston is a choice market that is proving to be a great spot for investors, even with the recent hurricane.

Moving forward we continue to expect good things from our Houston currently selling project in Cypress, TX, and our recently developed and sold project in Spring.