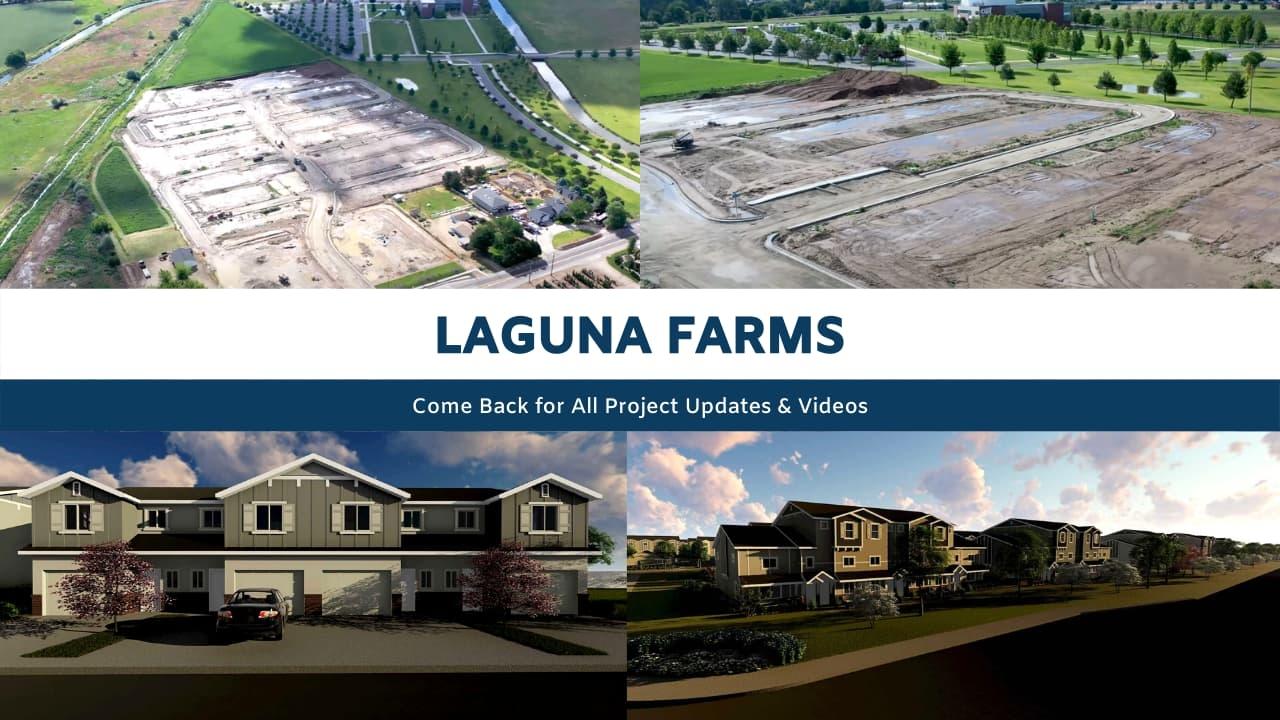 Construction is moving far slower at Laguna Farms than anyone would like. Laguna Farms has been a unique combination of permitting delays, labor shortages, and materials shortages all coming together at the same time. In spite of this, the first two fourplexes have received their certificates of occupancy and tenants are now moving in.

You'll notice in the drone footage that the framing is spotty. The reason for this is primarily due to permitting delays and shortages of floor joists. When the joists arrive (they're currently on an allocation from lumber suppliers), they have to be placed in the project where they'll make the most difference—to complete a building, start the second floor of a new building, etc.

The construction team is moving materials to where they make the most sense and is even pulling from FIG's allocation in surrounding states in order to ship them to Idaho. While this is showing early signs of easing (ie. framing crews are more available now than they were 60 days ago), know that units in this project will deliver late.

We'll continue to send updates, but please reach out to your FIG agent for any details and they will provide you with all the information they have. The good news? Rents so far are coming in much better than the original proforma!

The first 8 buildings at Laguna Farms are making a lot of progress. Construction teams have already poured slabs and are working on framing. To speed up the process, the builder is bringing in extra framing crews (they had fallen behind schedule waiting on the city to issue permits/adjusting plans due to rising lumber scarcity).

Lastly, as required by the city of Nampa, asphalt will be completed in the second half of the project. We expect closings will begin in late May/early June.

It's go time! Now that Laguna's horizontal improvements are in and the plat has officially recorded we can start building.

Phase 1 will be closing at the end of June and the next few phases following after. As construction will now be getting started, we've made sure to post a new video of the site which you can watch above.

Phase 2 of Laguna Farms will be released for reservation late Summer early Fall this year. Some of you missed out on reserving a fourplex in the first half of this project. To make sure that this doesn't happen again, reach out to our team or fill out the form below and we'll be sure to keep you in the loop as the new units roll out!