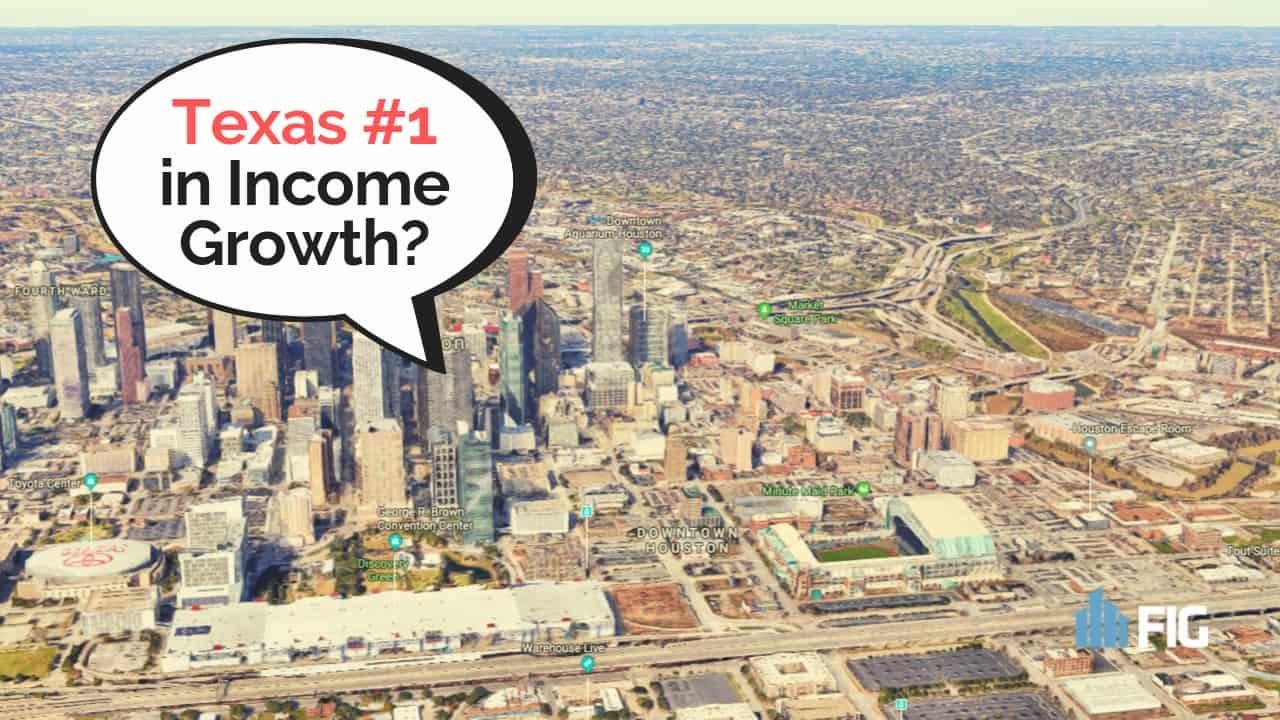 Texas is ahead of the pack!

Right now our country as a whole is seeing a steady growth in income. Some states, however, are doing much better when compared to others. Today we’re going to specifically look at what we’ve learned about Texas from the most recent quarterly report, courtesy of the Bureau of Economic Analysis (BEA).

According to the Wall Street Journal, the strength of consumer spending has been noticeably improved, likely due to the “faster than expected” income growth across the West/Midwest – sighting areas like Utah at 3.9% income growth, and Idaho at 3.1%.

How are the oil & gas states doing?

A year ago U.S. crude output was around 10.6 million barrels per day (in June – WSJ) compared to 12 million this summer. We’ve been seeing oil and natural gas drilling continue to invigorate several state economies throughout this year.

“Total wages and salaries for mining workers (which includes oil and gas) have increased by 18% in Texas… over the past four quarters. Producers have been raising pay to compete for workers in a tight labor market. The average oil and gas worker earns $109,000, according to the Bureau of Labor Statistics.”

If you read through our Houston Market Report, you’ll find that alongside the growth we’ve seen in Texas, it’s been relatively consistent with it’s reputation for a low cost of living and business-friendly climate. The Bureau of Labor Statistics reported this week that employment over the last 12 months increased 2.4% in Texas and 2.8% in Utah.

In a previous blog post, we went into detail on the job growth we’ve been seeing in Texas… particularly in Houston. It was reported that Houston has added over 93,000 jobs, and when combined with Dallas, Texas created 77,000 more jobs in the last year than the New York-New Jersey MSA.