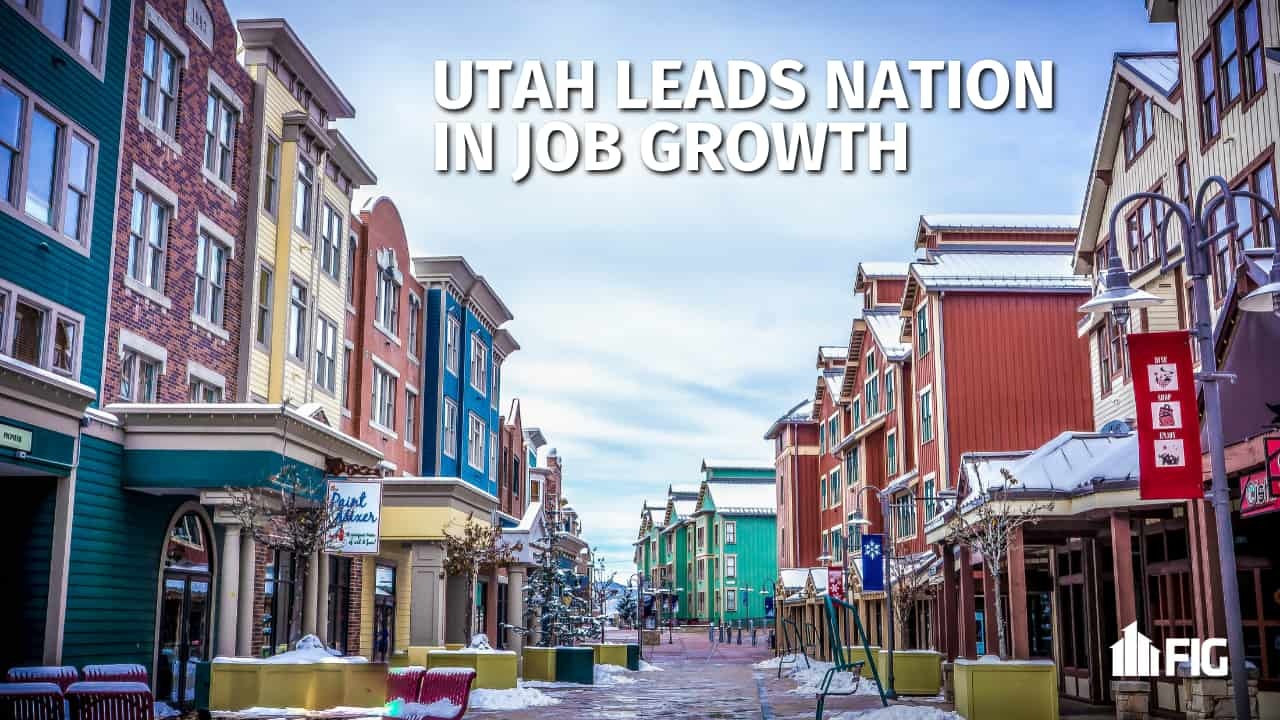 Utah leads the nation in job growth and shows no signs of slowing down, according to a recent study published in July by Cushman & Wakefield. In June, Utah's year-over rate of job growth was up 3.5 percent. This performance blazes ahead of both national and individual state rates, beating out Oregon coming in second with 3.3 percent, almost doubling the national figure of 1.8 percent, and blowing its own historic average of 3.05 percent out of the water.

In average annual job growth since 1960, Utah comes in at an uber respectable fifth out of all states, only falling narrowly behind Nevada, Arizona, Florida, and Hawaii. Much of this year's awesome growth is attributable to Salt Lake County adding 25,000 new jobs and Utah county adding 13,000. These two booming counties account for 80 percent of last year's statewide employment increase.

Of all job sectors, trade/transportation/utilities added the most jobs with 9,600 to the state. Next was private education/health services contributing 8,900 jobs. And third with 8,600 jobs is leisure/hospitality services. In an interesting analysis of job growth across all sectors since the recession (2007-2015), the top five sectors are all services like specialized business services, health care, food services and drinking establishments, and local government services.

Especially impressive is a 40 percent increase in professional/scientific/technical services. This high-wage sector pays 60 percent more on average than the average across all sectors with annual salaries of $75,250.

This sector accounts for a broad range of services including architectural, engineering and specialized design services, computer services, consulting, research, advertising, legal advice and representation, accounting, bookkeeping and payroll, and other kinds of professional services.

As evidenced in the above table, there are only two sectors that have not seen growth since the recession in 2007, manufacturing and construction. In nine years, manufacturing has just gotten to near even with its peak in 2007. And construction employment still lags eleven percent behind where it was in 2007.

Instead, Utah's post-recession growth has been spearheaded by growth in high-wage professional services mixed with growth in low-wage food services, jobs that produce goods and services for the local economy. The opportunity exists for Utah to experience even further growth if it can mix in growth in export-based employment, like manufacturing, as well. But even with a couple of sectors lagging behind the rest, Utah's display in job growth still proves the best performance across the nation.