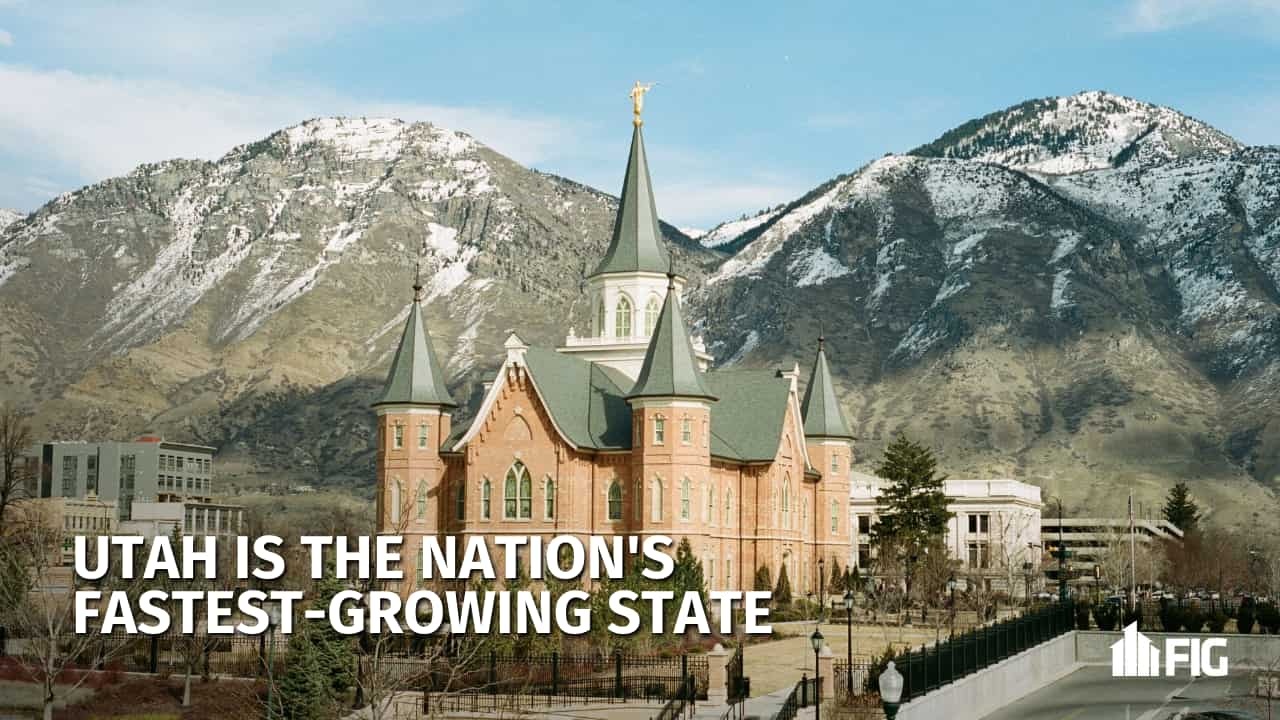 Utah is the Nation's Fastest-Growing State

Word has gotten out that Utah is a great place to live. With low unemployment rates, a business-friendly economy, and incessant job growth fueled by the thriving tech sector - not to mention enviable access to outdoorsy recreation - Utah has become a real destination, and not just for tourism, but as the location for relocation.

Many people flocked to the state over the past year, pushing Utah over the three million population threshold. The Census Bureau confirms that this makes Utah the fastest growing state in the nation, clocking in growth by an impressive 2.03 percent from July 2015 to July 1016.

"It just feels like there's so much more of a community here," says new resident Michael Webster fresh from Austin, Texas. Michael and his wife, Kendal, were two of the total 60,585 people who decided to make The Beehive State their new home this past year. That makes Utah the 11th state overall in raw growth.

And what's even more surprising is that much of the growth came from net migration. Utah still holds strong with its historic reputation of having large families and laying a foundation of growth from within. It has the highest birth rate, the lowest death rate, and the youngest population across the board. And 60 percent of the growth from last year did come from a natural increase.

However, 40 percent is still a significant portion made up of new recruits. "That's pretty amazing that that proportion is coming from net migration," Perlich said, especially since the growth of that kind came to a near standstill during the recession. It's obvious that net migration has been "very clearly re-established" in the area.

With this new surge in growth, Utah's population now totals an estimated 3,051,17. This makes Utah the 31st most populous state, passing up Mississippi, Arkansas, and Kansas.

There were eight states that actually lost population, including Pennsylvania, New York, and Wyoming. And as a whole, the nation's population only grew by 0.7 percent to a new 323.1 million total. Perlich cites this as the slowest national growth rate since the Great Depression. "We see the imprint of (the recession) in our vital statistics," Perlich reflects. But in reference to Utah, she concludes "we definitely appear as a hot spot."