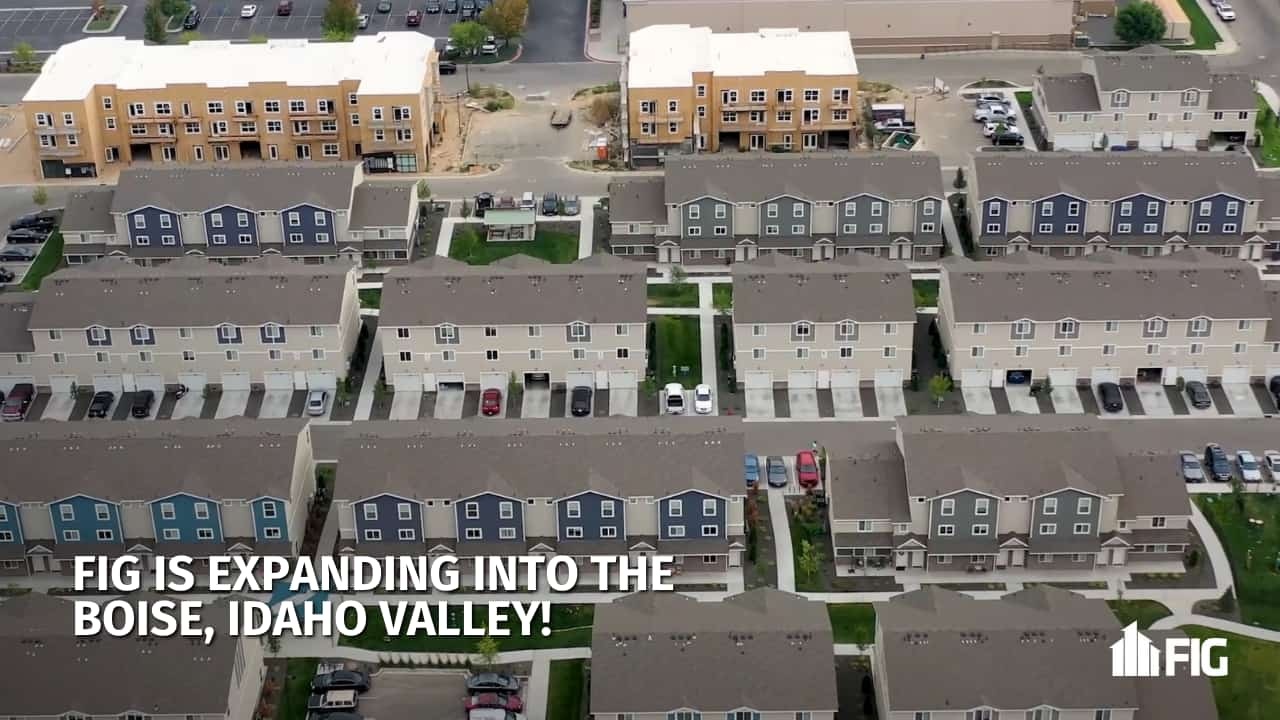 FIG is Expanding into the Boise, Idaho Valley!

FIG is expanding to Idaho, and we're excited about all the reasons that make Boise the next best place to invest. This area shows a great deal of promising growth with patterns expected to continue in that direction. It's been voted over and over again as a place where people want to live. With a thriving environment for business and overwhelming evidence of premium livability, Boise proves a premiere location to build property, glean tenants and keep them happy.

The Boise economy is as robust as ever with jobs plentiful and stability reliable. Business Insider ranked Boise number three on a list of fruitful locations to find a job. Forbes ranked Boise number six for places with the most job growth at 3% and also number thirteen for best places for business and careers. Boise ranked favorably for having a low cost of doing business, low unemployment rate at 3.5%, and close access to colleges producing an educated workforce. Boise State University is located in the city, plus a large number of technical schools and a brand new medical school planned to break ground in Meridian this year. The high-tech industry plays a major role in Boise's economy, a hub for many new start-ups plus home to giants like HP and Micron. But the economy also manages to remain rather diversified with the government and business sectors maintaining strong presence along with other influential sectors including Tourism, Mining, and Farming. New jobs are pulling in new residents, and booming sectors are retaining their staff. This kind of economic stability is key to market security.

Boise is a place where people want to settle down and stay, the perfect domestic balance between urban feel and rural access. On a U.S. News list of the best places to live, Boise came in at number twelve citing high desirability, high quality of living, and high net migration. Affordability was also a major factor with a median household income of $42,180 and a median home price of $228,567.

There's new construction all over the area, access to numerous museums, plus a trendy cuisine scene with locally sourced restaurants. But right outside its urban center, Boise gives way to a rural paradise with direct access to mountains, rivers, deserts, and lakes, which means a quick commute for skiing, hiking, biking, boating, and all the other recreational pastimes perfect for this kind of natural playground. With a booming city culture coupled with close connectivity to fresh air and open spaces, Boise is a best-of-both-worlds destination for relocation.

Located just outside Boise, Meridian is the capital's suburban sister-city. It has all the perks of being within a close distance to Idaho's urban epicenter while maintaining a more residential, picket-fence-type feeling. USA Today named Meridian number one on its list of America's 50 Best Cities to Live In.

The evaluation notated the area's significant amount of growth, a mammoth 28% increase over a five-year period. But perhaps most influential in securing Meridian's spot was the extremely low crime level at a fraction of the national average. What's more, Meridian was named the number one housing market for newer homes by the National Association of Realtors.

They put together a top ten list of where to buy a home built after 2013, and Meridian topped the charts. More than one-third of the homes for sale in Meridian were built after 2013. That makes it the best location in the country to purchase new construction.

With a housing outlook this fresh and thriving, it's nearly a no-brainer to build here. Growth continues. New construction is necessary. The whole Boise valley is ripe for development with evidence from every direction supporting the conclusion that investing in this sector just makes sense.