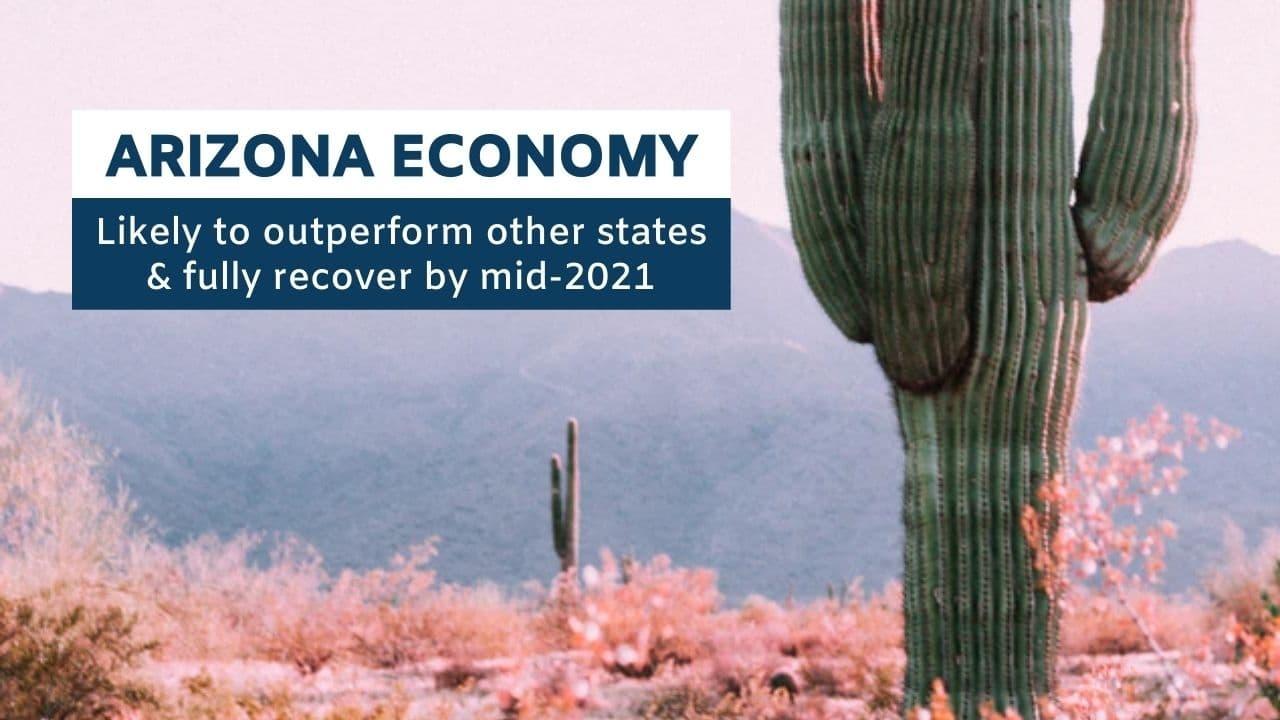 Arizona's economic hit from COVID-19 might be on track to fully recover as early as mid 2021, according to director of the Economic and Business Research Center at the Eller College of Management at the University of Arizona.

George is currently based out of Tucson, AZ and has been tracking Arizona's economy forecast for over twenty years. While there is an understandable level of uncertainty about the next few months, especially barring the results of the presidential election, Arizona seems to be in a good place in comparison to many parts of the country.

In a recent webinar event (Economic Forecast: Covid 19 Impacts on Arizona’s economy), the Arizona Chamber of Commerce and Industry was presented Hammond's latest projections and discussed the states efforts to navigate the pandemic.

Several factors were contributed to the State's likely recovery over the next 6-12 months.

This last spring, the nation was hit with as much as 14.5% job loss across the country. They've since recovered to around 10%. Arizona has performed quite well (considering) and is only 5% lower than where it was pre-covid. Arizona also showed a slightly lower unemployment rate. "In June, the rate was 10 percent compared with the nation’s 11.1 percent." azbigmedia

Why such strong job growth? Arizona has seen consistent population growth over the last few years, most of which stem from in-migration from states such as California. Before the pandemic, Arizona had one of the fastest growing job markets in the country. Construction industries and retail have been able to remain strong. We also have seen an early and gradual reopening of the economy from Governor Doug Ducey which has also contributed to early job growth.

First off, personal income saw a boost from the CARES Act passed by Congress in March. This helped keep many businesses and individuals afloat during shutdowns. Arizona in particular received more than $17 billion to bolster the state's economy.

Unemployment Benefits: Recipients of unemployment aid received "an extra $600 tacked on to their weekly benefit of $240 for up to two months. That injected about $8.2 billion into the state, amounting to about 2.4 percent of the state’s total personal income last year."

Federal Paycheck Protection Program: Grants have been provided to small business through the paycheck program in order to keep employees on payroll and cover operating expenses for struggling companies. This "injected $7 billion into the economy early in the pandemic, representing about 2.1 percent of personal income in 2019."

As various scenarios were laid out by Hammond, there are a few projected stats we should be aware of.

In conclusion, if Arizona and it's officials are able to keep the virus in check and maintain at least a baseline recovery, Hammond predicts we will see the economy back to pre-pandemic levels as soon as mid-2021. You can watch the full webinar here.

Link: Multifamily for Sale in AZ