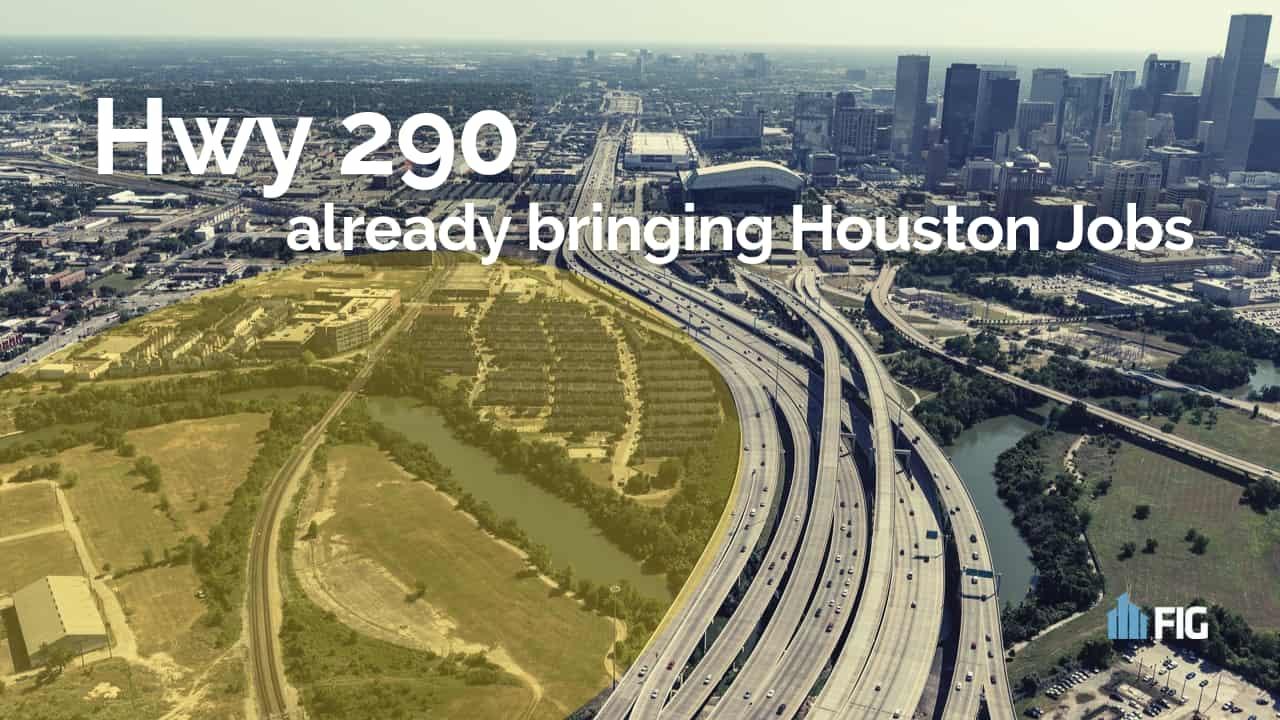 We've seen Houston's CI report that North West Houston is currently the largest industrial submarket of the Houston area. With all the industrial developers starting up projects all across the Cy-Fair area--in the past few years, this includes companies like FedEx, Amazon, and Home Depot.

"Spurred largely by logistics projects, the northwest Houston area brought in 4.4 million square feet of industrial space over the past year" - NAI data

For those who have followed past FIG blog articles, a lot of this growth has been stirred up due to the continually expanding Highway 290 and the completion of the northwest corner of Houston's Grand Parkway.

Developer, Jeremy Garner, in response to acquiring land in Cypress this September, explained: “What’s particularly interesting about this site is its location right off of Hwy. 290, which has been transformed from arguably the worst freeway in the area to one of the best,” he said. “[Hwy.] 290 … provides outstanding connectivity between northwest Houston and the Greater Houston area.”

We've already seen the completion of several sections of the massive $2.5 billion Hwy. 290 project—However, officials with the Texas Department of Transportation say the project should be done by the end of the year.

"Over the past year, at least four developers have announced plans to build industrial projects along Hwy. 290 in the area where Trammell Crow Company recently purchased land, including Ridgeline Property Group and Archway Properties, which announced a joint project in August to build a 208,000-square-foot logistics center. As Class A industrial continues to push out further and further west, we were excited to find this infill site in the burgeoning northwest market,” - Ben Allen

It's not just transportation changes that have lured businesses and more importantly, tenants to the cypress area of Houston, Tx. We're also seeing a large number of quality schools, plenty of jobs, and promising future growth potential. The influx of companies to the area provides security for families as they can now plan to live long-term.

"New facilities also often come with new jobs. The Daikin plant opened with plans to maintain a headcount of about 5,000 employees at the site, and the new FedEx distribution hub was expected to create 400 jobs. Campbell said the types of manufacturing and logistics jobs these companies create are often well paid."