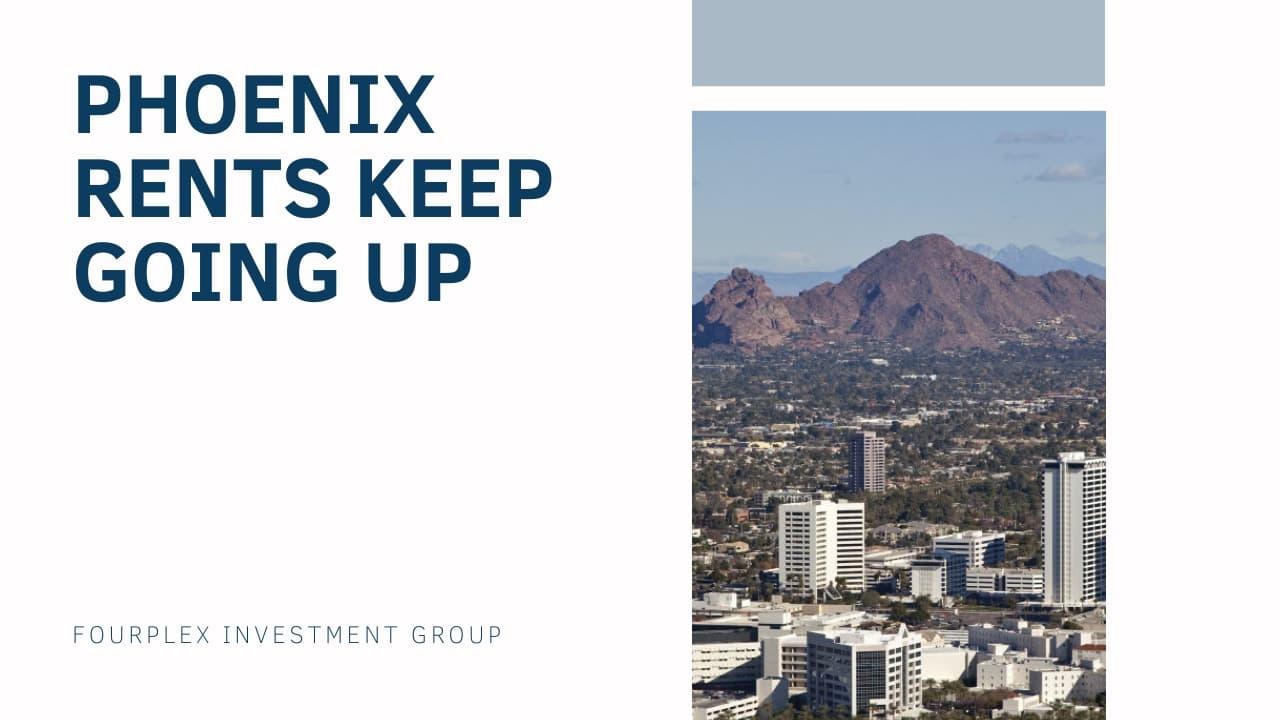 A lot of us view Arizona as a much cheaper place to live, especially when compared to major metros dotted along the west coast. In fact, this is just one of the reasons that upwards of 25 corporate relocations in the past couple of years have come from California (Phoenix Market Report). But for those currently living in or owning multifamily in the Phoenix valley, rents/prices are trending upward.

Phoenix has recently risen in the charts—becoming the countries 5th largest city. In addition, they've also become the hub of the nation's fastest-rising rents, "Phoenix, Arizona saw the biggest drop in vacancy rates, to just 2.6%. That, in turn, pushed rent growth to 6.7% annually. Phoenix has seen very strong job growth and is attracting new employees to the area." - Single-Family Rentals Are Getting More Expensive

According to apnews.com, "A new luxury apartment complex with a pool and gym facing Phoenix’s light rail asks about $1,600 a month for a one-bedroom apartment and $2,330 for three bedrooms. Older single-family homes for rent nearby include an 890-square-foot (99-square-yard) historic house with two bedrooms priced at $2,300."

"Thomas Egan, president and CEO of the Phoenix housing nonprofit FSL, said the state needs about 165,000 affordable units costing renters less than 30 percent of their income. Just 2,000 units were built this year, he said."