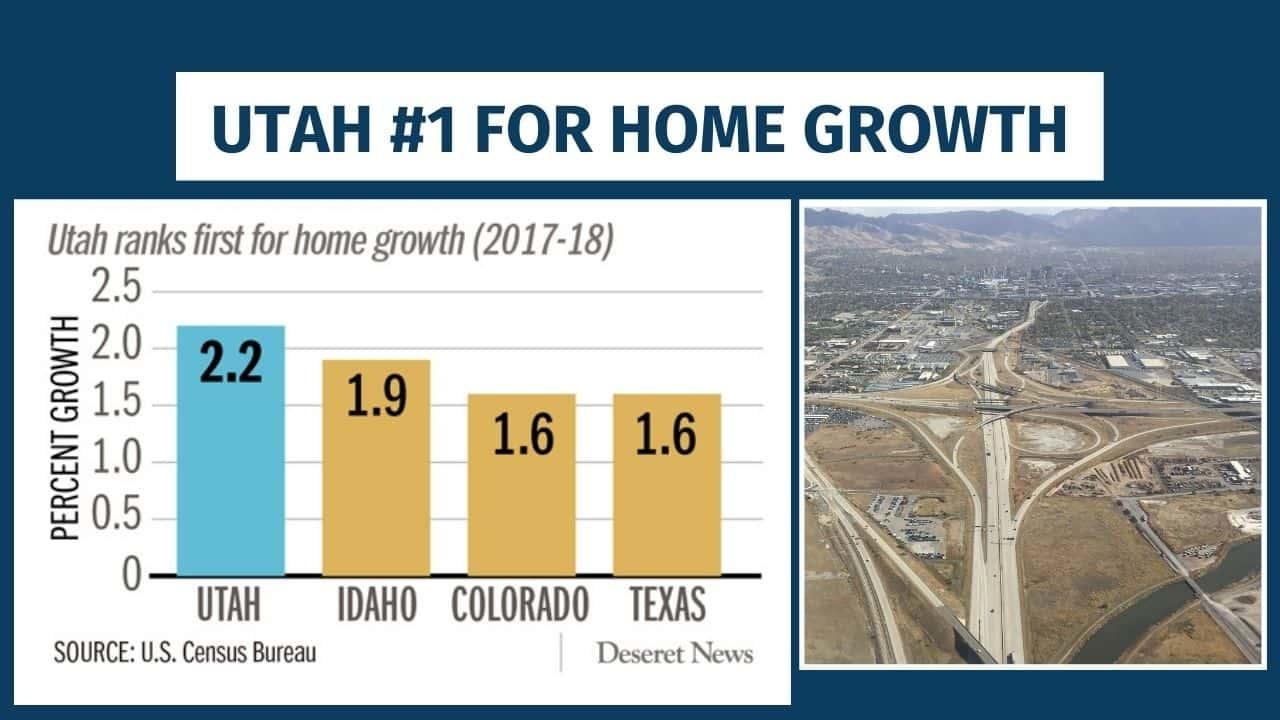 Utah No. 1 for Home Growth

The latest news from the United States Census Bureau indicates that Utah continues to build homes faster than any other state (a rate of 2.2% between 2017-2018).

The growth in "the beehive state" is largely due to the dramatic increase in employers moving into the Wasatch front. With a steady increase in jobs available in Utah and Salt Lake Counties, the price for homes has shown an increase as well (including an increase in average rental cost).

Vineyard, UT is a great example of the type of growth rippling between Salt Lake City and Provo (about 45 minutes south.) "apartment seekers are also fueling much of the growth... a growing tech industry nearby, surging home prices in the Salt Lake Valley and a bigger student population at colleges like Utah Valley University in Orem are also playing a role. And those coming in include not just Utahns but others from out of state or from other countries, she added." Julie Fullmer, Mayor of Vineyard

Good thing we invested in Vineyard...

Just six years ago, Vineyard had approximately 400 residents. Now in 2019 it's estimated at around 15,000 poeple, "with many living in new high-rise buildings and town homes bordering I-15." - Deseret News

FIG has had a few successful projects over the past few years within Vineyard. These include Edgewater, The Lochs at Waters Edge, and Tucker Row. We're excited. Not just to see an area we've developed in do well; we're excited about how Utah trends are looking moving forward into the future, and what this all means for new projects currently in the works.