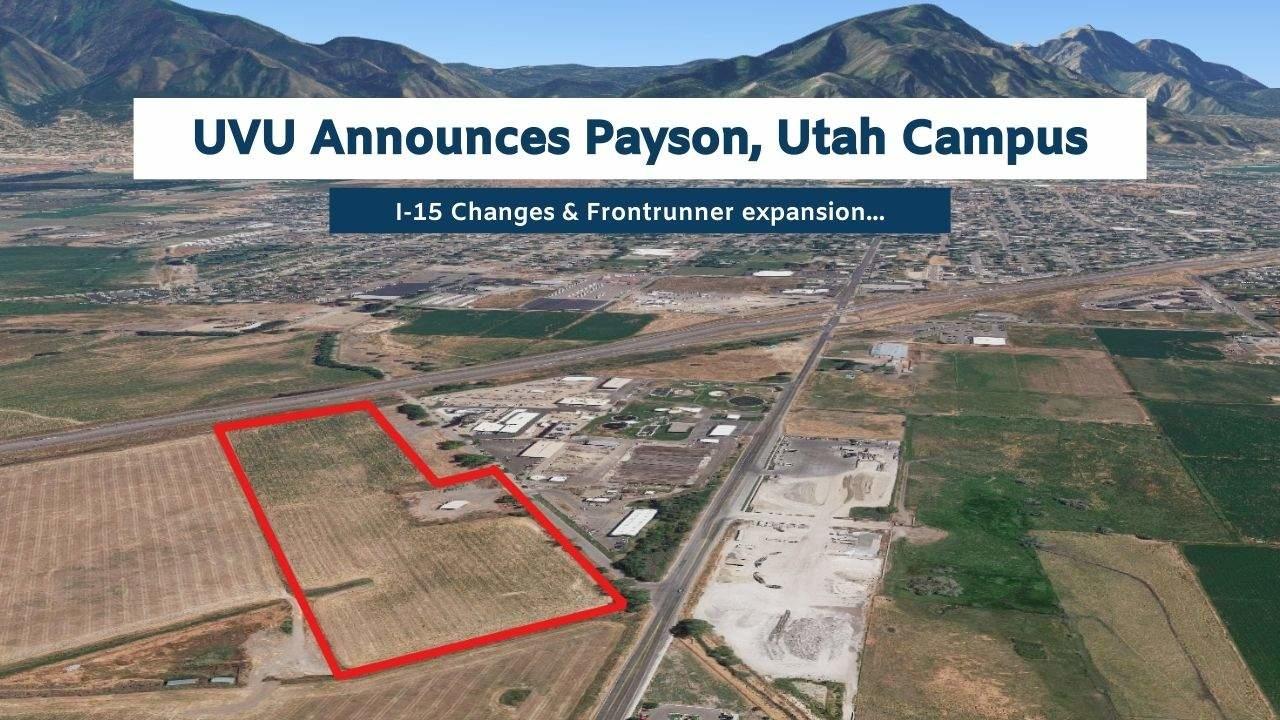 UVU Announces New Campus in Payson (next to FIG project)

"It is no secret that the south end of Utah County is growing," - Astrid Tuminez, President of UVU

UVU Grows Despite the Pandemic

It's starting to look like Utah Valley University knows how to play their cards right as the school continues to grow despite the budget cuts and restrictions that are now common among the institutions during the pandemic.

Here we are in June, and Utah's largest public university is ready to grow some more! And all this comes after the university recently received a historic donation from Utah-based doTerra for $17.7 million, and a near $23 million in Federal Coronavirus Aid via the Relief and Economic Security (CARES) Act.

On Tuesday, UVU revealed it had purchased 38.7 acres of land in Payson, Utah. It was also announced that this site will become the home for UVU's new satellite campus. For those who invest with FIG, the purchased lot is just down the street from our Pineridge Farms fourplex development that we announced last fall.

Here's everything we know so far...

"It is no secret that the south end of Utah County is growing," said Astrid Tuminez, President of UVU. "The campus will incentivize sustainable development, facilitate business and government partnerships, and serve our Utah citizens."

Payson's mayor, Bill Wright had nothing but positive things to say about this announcement. "I am extremely excited that UVU is building a campus in Payson... I have watched [UVU] grow from a small technical school to a first-rate college and eventually to a full-scale university. UVU has a stellar reputation, and we welcome it with open arms in Payson."

Where will UVU's new campus be?

According to KSL, "The site will be located at state Route 115 and South Bamberger Road, northeast of the Payson power plant and close to the I-15 exit at Main Street in the city."

We've been covering this area closely over the last several years. Especially in the last twelve months since purchasing land a block south of this newly announced project. And since we're going to be building new multifamily units there, we've been taking note of what growth should be expected in the next few years.

There's more to be excited about!

Two other big changes in that area:

First, the Utah Transit Authority has long-term plans to extend FrontRunner stations to Brigham City in the north, and down to Santaquin below Payson. This will not only provide a positive economic impact to Southern Utah County, but it will also facilitate growth as transportation becomes easier for those looking to commute into Salt Lake County and the point of the mountain.

In the FrontRunner proposal, we can see other major improvements are in the works. Once everything is presented, approved, and funded, UTA hopes to implement a double-track rail system. "Currently, FrontRunner operates on a single track. Trains pass each other at stations or at specified sidings, or pull-outs, along the track. Adding another track would allow us to increase frequency of service and decrease system-wide delays." UTA is also looking into options for the "Possible electrification of FrontRunner. This would provide environmental benefits and would also create a lighter train that could accelerate and decelerate more quickly for faster trip times." - UTA 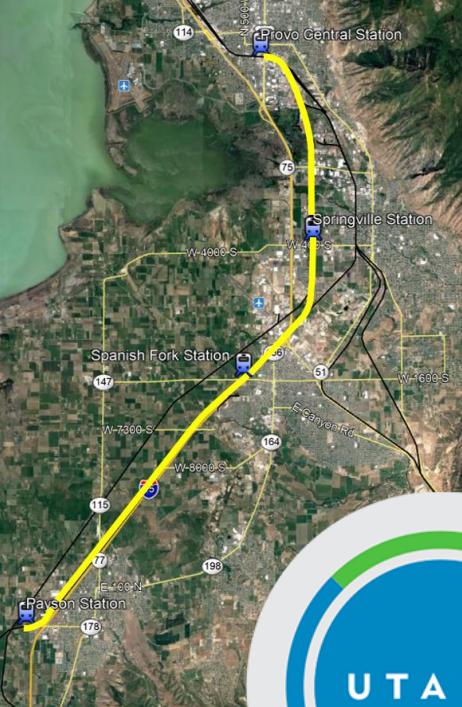 Next, we have had the Utah Department of Transportation proposing a new freeway interchange designed to direct growth into UVU's new campus design. This will be located along the north end of Payson. There are several proposed plans that you can read about here. But as of last spring, it looks like UDOT is opting for the braided ramp model below: 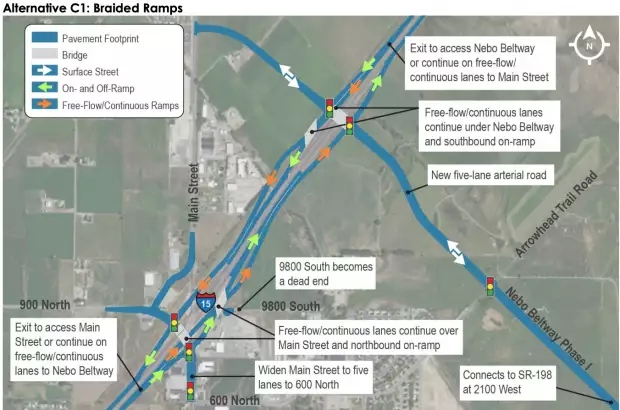 UVU's Growth over the Years

Utah Valley University has shown slow but steady growth since it's original founding in the fall of 1941. Momentum has picked up in the last 10 years as we've touched on above. For those interested in a snapshot of the school's history, we've jotted down a little timeline below...

1977: Main campus relocates to its present location beside the I-15 in Orem, Utah.

2018: Utah System of Higher Education (USHE) reports UVU as the largest university in Utah (four years running), with a total of 39,931 enrolled students—surpassing the University of Utah.

Other notable stats: UVU is Orem's largest employer at around 1,900 full-time staff/faculty and over 3,300 part-time. Dr. Atrid S. Tuminez was selected by the Utah State Board of Regents as UVU's 7th president in 2018.